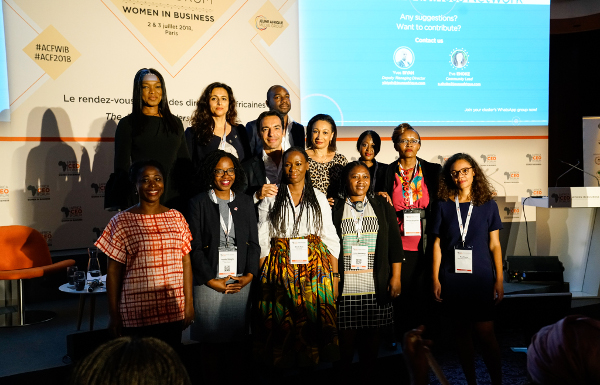 Building on the success of the Africa CEO Forum’s Women in Business initiative, the first Women in Business Annual Leadership Meeting, organised by Jeune Afrique Media Group, in partnership with the International Organisation of La Francophonie and ESSEC Business School, brought together 200 influential women business leaders from 32 countries in Paris on 2 and 3 July. The watchwords on everyone’s lips was “tangible action, real results”.

Building and maintaining your network of influence to develop your company, asserting one’s leadership and managing one’s image in the era of social networks, and successfully expanding a business internationally. These are some of the themes examined and expanded on through numerous masterclasses, personal stories from women leaders with inspiring careers and collaborative workshops.

The highlight of these two days devoted to strengthening African women’s leadership was the launch of the Women in Business Network, the first regional influential network entirely dedicated to promoting meetings and interaction between women managers with business interests in Africa.

“We are complementary to the national networks to which most of the women CEOs already belong and we intend working closely with them,” says Yves Biyah, Deputy Managing Director in charge of Development at Jeune Afrique Media Group. “The Women In Business Network also brings two new value propositions to the continent: on the one hand, a new, regionally based organisation that allows, for example, a Nigerian manager to be permanently connected to her Ivorian or Senegalese colleagues, in order to be able to carry out joint projects; and, on the other hand, the support of Jeune Afrique Media Group, through its publications and events, that lend power and exposure to the network’s projects and its action in favour of women’s leadership.”

The mission of each regional cluster is to promote contact between members of the same region by organising quarterly events and initiating a flagship action to support women’s leadership.

For six years now, the Africa CEO Forum has been the foremost annual meeting of Africa’s private sector. It brings together the continent’s public-decision makers and African and international business leaders and investors. It is organised by Jeune Afrique Media Group, publisher of Jeune Afrique and The Africa Report, and by Rainbow Unlimited, a Swiss company specialising in organising events that promote business. The 2018 edition was co-hosted by the International Finance Corporation (IFC, World Bank Group).