The digital era has dramatically changed the way companies and brands engage with their customers and other stakeholders. With new technologies constantly being introduced, companies also need to keep track of the ever changing communications and media landscape. 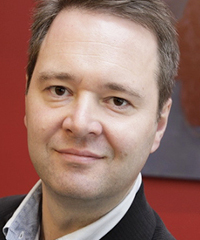 How we made it in Africa recently spoke to Jeremy Galbraith, head of Europe, Middle East and Africa for public relations firm Burson-Marsteller, about the top 10 global communication trends.

1. Shift to mobile and wearable technology

The trend with the greatest immediate impact on communication is the shift towards mobile devices. Mobile phones “offer brands and companies huge opportunities to communicate”, says Galbraith.

It is expected that mobile internet use will soon overtake traditional desktop internet use. With Africa’s mobile phone revolution, this trend is as relevant for the continent as anywhere else in the world. Companies therefore need to ensure that their online presence is easily viewable via mobile devices.

2. Personalisation or the “youniverse”

Consumers increasingly expect to be communicated to in a personalised way. “The most successful companies are the ones [that] are going to personalise the experience for consumers,” says Galbraith.

An example of such personalised communication is high-tech outdoor billboards that display different messages, depending on the gender or age of the people standing in front of them.

Galbraith notes that social media has given companies a cost effective way of reaching customers in a targeted way, such as gender, age or interests.

However, social media should not be a one way communication where brands simply push their messages to the customer. People are constantly having conversations about brands online, sharing their positive or negative experiences, and companies should engage in online dialogue with their customers.

Because of social media, traditional media organisations are no longer the gatekeepers of information and audiences. Brands are also moving beyond just putting out press releases and have become increasingly involved in creating their own “news” and editorial content.

Galbraith says the Red Bull-sponsored space jump of Felix Baumgartner is a good example of a brand creating its own stories. “There must be very few people on the planet who didn’t see the photograph of Felix Baumgartner doing that jump. But what did Red Bull do? They built a whole experience about it, they made a documentary… it was all around the brand of Red Bull.”

Another example is UK-based supermarket chain Waitrose that has announced plans to work with famous British talk show host Michael Parkinson on a series of shows in which he will interview high-profile celebrities and chefs. The talk shows will be exclusively broadcast on Waitrose TV that can be viewed on a computer, tablet or smartphone.

Because of “always on” social media, companies have to guard their reputations even more vigilantly. Viral videos can wreak havoc on brands. Companies also need to respond to these issues in the right way. Legal responses like attempting to pull videos from YouTube usually worsen the situation. Speed is of the essence and ultimately the only answer is timely, honest and transparent communication.

“In today’s world of internet, mobile and all the rest, as a company you need to deal instantaneously with what happens around the world,” says Galbraith.

Consumers and other stakeholders have many channels at their disposal for exposing and discrediting companies for any lack of honesty. Brands that embrace this hyper-honesty will reap the benefits in consumer trust.

Companies that are open and transparent about their policies are the ones likely to be admired.

A major trend in public relations is that of measuring the impact of a campaign, right from the start and throughout its duration. Galbraith notes that one of the challenges of his industry has always been to prove the effectiveness of a campaign. Digital campaigns are particularly easy to track as many social media channels like Facebook, Twitter and YouTube have their own analytics which make it possible to demonstrate the reach of these campaigns by the number of views, shares, retweets, likes, etc.

At a time when most people suffer from a degree of information overload, compelling photos, video and infographics are key to making stories stand out from the crowd. The popularity of visual social networks like Instagram and Pinterest shows the power of images to tell stories in a way that is more memorable than words.

“In our profession we all love writing; that is why many people went into public relations/ communications… but in today’s world, one picture is way more valuable… Particularly with the younger generation – fewer words, more images, more impact,” says Galbraith.

In today’s hostile business environment, there is a greater need than ever for companies to explain why they are here, the rationale and the context. Galbraith told How we made it in Africa that a strong corporate purpose guides business decisions, unites employees, and enables companies to communicate internally and externally exactly what they stand for as a business.

He says it is becoming more and more evident that the future lies in full integration of all the communication disciplines.