US technology multinational IBM is expecting East Africa to be one of its “biggest growth markets” as more businesses and governments adopt innovative solutions. 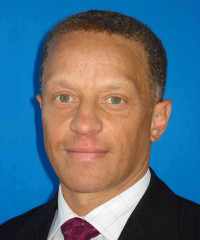 IBM general manager for East Africa Nicholas Nesbitt told How we made it in Africa the firm is seeing increasing business and potential in the financial and telecommunications sectors.

Nesbitt, who oversees 10 markets, adds that there is opportunity in smaller countries in the region whose potential remains untapped.

“There is tremendous opportunity here. From an IBM standpoint, we really look at eastern Africa as being one of our biggest growth markets and rapidly growing areas because there is so much opportunity,” says Nesbitt. “The facilities that are here, the people, the workforce, the political will [and] the business environment all make for an attractive destination for IBM to select an operation.”

IBM has been in Kenya for over 50 years, primarily working through partners, but it set up its regional headquarters in Nairobi in 2011 after signing a multi-million deal with Bharti Airtel to manage the telco’s infrastructure across 17 countries. This deal, Nesbitt says, helped IBM become more aware of the opportunities in the region.

“That helped us to really see the potential for eastern Africa. It led us to creating a regional office and eventually the IBM Research lab,” says Nesbitt. “We see a lot of potential in Ethiopia, in Tanzania, Uganda [and] Rwanda and there are potentials with government primarily but also with banking and telecom and some other industries.”

The Nairobi-based IBM Research lab, the first in Africa, opened last November and has received a lot of interest from government agencies and a number of large companies. According to Nesbitt, a growing number of research projects are ongoing at the facility in various sectors including healthcare, financial inclusion and water resource management.

In coming years, Nesbitt expects solutions to Nairobi’s infamous traffic snarl-ups to come out of the research facility. He adds that companies will also be able to understand customers and their decision making and saving habits, while government agencies could gain a better understanding on ways to improve security and education.

While African consumers have rapidly adopted mobile and internet technologies including a successful mobile money transfer service, an IBM survey released last week shows that some businesses are not adopting technology. This, Nesbitt says, is preventing many African businesses from achieving growth and progress.

He attributed the reluctance to the high cost of technology, uncertainty and lack of familiarity, as well as the leadership of the organisation. For some organisations, he says, it will take “a change of leadership” or a policy change for them to go digital.

“The providers of technology… don’t have a big enough market to ensure that their costs come down. But over time as people get to see their competitors or peers adopt [technology], then it’s just natural that they will adopt. We are still very early in adopting technology in Africa.”

Nesbitt points out that governments in Africa are becoming increasingly progressive in technology adoption as they become more democratic and face increased pressure from citizens to deliver services efficiently. He explains that because of “pressure” from citizens, some countries are moving quickly and some are being dragged.

“There is a large transformation happening in Africa and in some places more accelerated than in others. It means that IBM solutions… are increasingly becoming attractive and compelling solutions to government agencies here.”

As more international technology companies come to Africa, Nesbitt notes that IBM faces competition on many fronts, but that IBM’s “holistic approach to solving customers’ problems” makes it a dynamic machine.

“I think what sets IBM apart is the people, the belief systems they have [and] the drive to make a difference for our customers and [their] customers. I think it is also the amount of innovation that we have… and the number of solutions we have within the organisation which means that all acquisitions that we make in the software space contribute to making IBM a very dynamic machine.”

IBM is recording impressive results in some countries in East Africa while in others business is not so good.

One of the challenges IBM faces in the region is accessing good talent.

“There is a political challenge because over the last year there has been a lot of political changes and uncertainty,” says Nesbitt. “The procurement processes largely in East Africa are designed in a way… [that] it also becomes very bureaucratic… and with decisions taking a long time, it always becomes very political.”

As young entrepreneurs in Africa build solutions with the hope of cracking some of the success witnessed in the US’s Silicon Valley, Nesbitt advises them to focus on the sales part, steer off “obscure names” that customers don’t understand and think through the branding.

“The big thing they have to focus on is sales. What is it about their product or service that people want to buy? That is the thing they need to crack. Some advice to technical entrepreneurs… is don’t over-engineer.

“As much as we talk about this being Silicon Savannah, it is not like Silicon Valley and a lot of that has to do with lack of capital, lack of mentors… [and lack of] proper governance [on the part of entrepreneurs].”