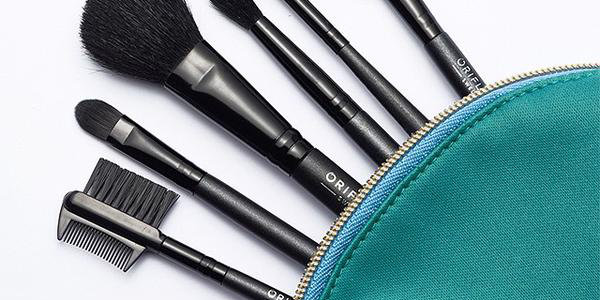 Swedish beauty and personal care products company Oriflame Cosmetics has built a €1.5bn (US$1.68bn) a year business through a direct selling model that involves signing up individuals as independent sales representatives. Globally, Oriflame has a network of over 3.6 million such agents across 60 countries. In Africa, the company has a presence in Kenya, Uganda, Tanzania, Sudan, Nigeria, Algeria, Morocco, and Egypt.

According to the World Federation of Direct Selling Associations (WFDSA), the industry generated $182bn last year, with nearly half of the sales recorded in emerging markets. Although Africa accounts for less than 1% of the WFDSA reported sales, Oriflame managing director for East Africa, Piyush Chandra, says the market offers a growth opportunity due to several factors.

One is the continent’s expanding youth population who are eager to make money, generally tech-savvy, quick to adopt new trends, and tend to have an entrepreneurial mindset.

“Direct selling has a big future in this region,” says Chandra. “In East Africa you have more than 143 million people, most of whom are young, educated and seeking income-generating opportunities. They can have a main job then make supplemental income through Oriflame. We have many young people working with us earning more than what a teacher makes, which is an average of $400 a month.”

In Kenya, individuals can become Oriflame sales consultants by paying Ksh.450 ($4.6) after which they receive training and promotional materials. They can choose either to save money for themselves on the beauty products they buy at up to a 30% discount, or make profit by reselling the products. They can also become network marketers by recruiting other people and then receiving a slice of the commission on sales made by those whom they recruit.

“Now this is where people make lots of money,” says Chandra.

But network marketing, also known as multi-level marketing, is often confused with illegal pyramid schemes that promise investors extraordinary profits if they enrol other people.

Kenya has had its fair share of pyramid scheme scandals “that have left a bad taste in the mouths of consumers”, says Chandra, highlighting it as a hurdle when trying to recruit sales consultants.

“Even people who genuinely want to be involved in network marketing have had a bad experience, or know someone who has – and this is a challenge. We have to educate people on how different multi-level marketing is from pyramid schemes.”

Although the number of its direct sales agents is growing by 40% annually in East Africa, Chandra notes the “base is too small” and this might make it harder for people to access Oriflame products. Essentially one has to know an Oriflame sales representative, or become one, to be able to buy the products.

Additionally, formal retail is taking off in East Africa and global brands like L’Oréal, Estée Lauder, Revlon, Unilever and Procter & Gamble are providing competition for Oriflame.

But Oriflame cannot open an office “everywhere”, and its products are not stocked on supermarket shelves. So to increase visibility and access, it’s replicating its global Service Point Oriflame (SPO) model in the region. The SPOs are Oriflame outlets operated by its top networker in a particular region. The investment is made by the Oriflame agent, but they receive support from the company.

Oriflame has now set up six SPOs in Kenya, Uganda and Tanzania. One is located in Buruburu, a large middle-class residential area in Nairobi.

“So people within Buruburu shop there, and the SPO is also used as a sign-up hub for new consultants, as well as a training and distribution centre,” says Chandra. “This is how we plan to expand in the region. We will open up to 20 SPOs by the end of the year. The networker [running the SPO] benefits by expanding their business, and it also helps us expand our footprint in suburbs and promising towns like Nakuru and Kisumu in Kenya.”

Oriflame started trading in East Africa in 2008 through a franchisee, but in 2012 the company acquired the local operations.

“We wanted to test the market, and we saw that East Africa has a huge potential,” says Chandra. “The biggest growth factor today is the skin care segment where we grew by over 300% in 2014 compared with the previous year. The general awareness of consumers is going up, and of course people have more money in their pockets to spend.”