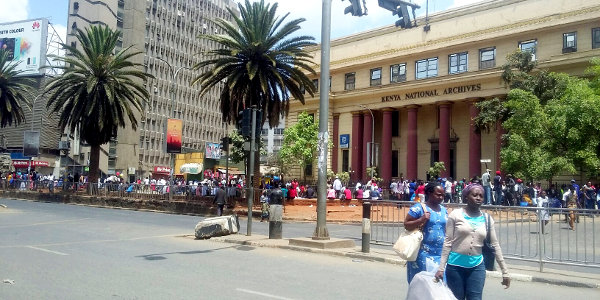 This article is an excerpt from Quantum Global’s Q3 2017: Africa Investment Review.

Sub-Saharan Africa’s economic recovery is on course, despite some stumbling blocks on the way. Growth is projected at 2.6% in 2017, which is a 0.3 percentage point downward revision from the previous forecast, following sluggish growth of 1.5% in 2016. Growth will be supported by a stabilisation of commodity prices, strengthening external demand, and policy interventions. Oil prices are expected to average US$53 per barrel in 2017, while other commodity prices will likely remain stable.

Growth will remain divergent across the economies. The modest rebound in Angola and Nigeria and strong growth in non-resource intensive economies, such as Côte d’Ivoire, Ghana, Ethiopia and Tanzania, will help to lift the region’s growth. However, longer-than-expected adjustment in some commodity exporters, heightened political uncertainty in South Africa and drought in East Africa are holding back recovery momentum. The region’s growth is projected to firm up to 3.5% in 2018, as commodity prices continue to stabilise and policy responses to macroeconomic imbalances bear fruits.

Recovery in Angola and Nigeria is proceeding, while South Africa has slipped into a technical recession. The Nigerian economy contracted by 0.5% in Q1, 2017, which was an improvement from the 1.7% GDP drop in Q4, 2016. The PMI remains in positive territory, suggesting that the recession has bottomed out and the economy is turning to positive growth. The economy is expected to expand at 0.8% this year, edging up to 1.9% in 2018, helped by an increase in oil production, robust growth in agriculture, an increase in infrastructure spending, subsiding inflation (16.1% in June) and an improvement of liquidity in the foreign exchange market following the introduction of the Exporters and Investors FX window in April. The exclusion of Nigeria from OPEC’s production cuts and stoppage of militant attacks on oil facilities helped to raise oil production by 11% to 1.7 mb/d in June.

The outlook for Angola is improving, with growth of 1.3% anticipated in 2017, helped by stabilising oil prices, a pick-up in oil production, ramped-up public investment and decelerating inflation (30.5% in June). Interventions in the foreign exchange market by the central bank reduced forex reserves by 11.4% to $18.03bn between January and May 2017. However, uncertainties surrounding the elections in August, continuing disequilibrium in the foreign exchange market, and heavier debt service obligations will weigh on the outlook.

The South African economy contracted by 0.7% in Q1, (-0.3% in Q4, 2016), on the back of a weak external sector, subdued private consumption due to the lacklustre labour market, and heightened political uncertainty, which prompted a credit rating downgrade. GDP growth has been revised down from 0.8% to 0.6% by the World Bank, but could pick up to 1.1% in 2018 if exports recover enough to offset the weak private consumption and investment.

Côte d’Ivoire’s economy is anticipated to expand by 7% in 2017, boosted by strong infrastructure spending, a dynamic private sector and extensive international financial support. However, the decline in cocoa prices will squeeze fiscal space, with additional fiscal pressure emanating from the agreement to pay bonuses to the army and civil servants following a short mutiny in May. Côte d’Ivoire issued two Eurobonds, with a combined value of US$1.8bn. These were oversubscribed by a factor of four, reflecting investor confidence in the country’s long-term fundamentals.

Kenya’s positive outlook is affected by the decline in credit following the capping of interest rates in 2016, possible fiscal slippages, a drought stifling agricultural production and fuelling inflation, and political tensions after elections in August.

Ghana’s outlook is favourable, with growth of 5.8% anticipated in 2017, lifted up by increased oil production from the Jubilee field and the new Tweneboa-Enyenra-Ntomme (TEN) oil fields, policy support, and subsiding inflation risks (12% in June).

Economic activity in Ethiopia, Rwanda and Tanzania remain resilient, with growth rates well above 6% projected in 2017, and supported by improving business climates, mining expansions and large infrastructure investments. Ethiopia continues to outperform its peers, with recent IMF data suggesting that it could overtake Kenya as East Africa’s largest economy in 2017. Conditions are improving in some Southern African countries (Malawi, Zambia and Zimbabwe) following above-normal rains in 2017, while the Horn of Africa is affected by drought.

Sub-Saharan Africa’s inflation is moderating and is expected to average 10% in 2017, reflecting stabilising currencies in most countries. The region’s fiscal deficit is expected to remain stable of 4.5% of GDP 2017, as the sizeable fiscal deficits of oil exporters are offset by narrowing deficits in oil importers. However, public debt ratios are likely to remain elevated, with more than 70% of countries expected to have debt levels above the region’s average of 40% of GDP, raising concerns about debt sustainability. The region’s current account deficit is anticipated to contract to 3.8% in 2017 from 4% of GDP in 2016, as external conditions improve. Bond spreads continue to narrow in the region, reflecting improved market sentiment.

The outlook for sub-Saharan Africa is overshadowed by some downside risks. On the external front, uncertainty about US trade and development policies under the Trump administration persists. There are concerns about the future of the Africa Growth and Opportunity Act (AGOA), the Power Africa initiative and the President’s Emergency Plan for AIDS Relief (PEPFAR). The 30% cut in development assistance by the US will likely affect some smaller and fragile African economies. The prospects and pace of further interest rate hikes in the US, following a further 0.25% hike in June, could tighten global financial conditions, trigger capital outflows, reduce bond issuances and further raise the cost of financing in the region.

The Chinese housing market continues to show signs of cooling off amidst the rebalancing of the economy, raising hard landing fears. A disorderly unwinding of the housing market could spill over to asset markets and ignite volatility in global financial markets, upset the recovery of commodity prices and dampen economic recovery prospects in Africa.

OPEC oil production cuts supported the oil price recovery at the beginning of the year, and were extended for nine months in June. However, the initial pick-up in oil prices led to increased production by non-OPEC members, especially the US, which contributed to some easing of oil prices. A continuation of these trends could thwart recovery prospects for oil exporters.

In summary, the region’s economic recovery remains on course, amid stumbling blocks along the way. Policies that foster economic diversification and reduce constraints to business remain important for sustainable growth and macroeconomic stability in the long term.