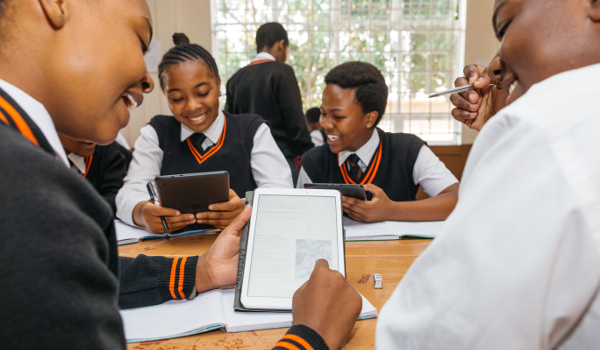 Snapplify is a global edtech company focused on content distribution, mobile publishing, and innovation for digital education. It provides a platform to read educational content, and distribute and retail it to educational institutions and individual readers.

The company’s founder and CEO, Wesley Lynch, answered How we made it in Africa’s questions.

In the beginning, Snapplify was privately funded as a spin-off project from a Cape Town-based custom software development company. The technology and concepts were incubated within the holding company. When things were more settled and the project became viable, Snapplify was able to branch out on its own. We are now backed by AngelHub Ventures, a venture capital company backed by former First National Bank CEO Michael Jordaan and the Harris family, as well as international investors. This injection has allowed us to expand into other territories, with Africa as our primary focus.

It would definitely go into further expansion into Africa. We have already expanded into East Africa, with West Africa in the pipelines. Following that, we are looking into North Africa. In this expansion process, we are focusing on the localisation of the platform to better integrate it to support local requirements. We do not assume that one size fits all.

We work in volatile markets that tend to be quite competitive. We also have challenges around finding skilled team members to work within new markets, as our business is quite specialised. There’s only a handful of companies that do what we do, so the pool is quite small.

We find that direct marketing works best. Face-to-face contact is really important to drive home the message that e-learning is valuable and to show how it can be adopted in different contexts. We go to schools and make contact with teachers and decision-makers on the ground. We’ve also had some of our best feedback and made great contacts at events, both in the publishing and education sectors.

Launching at the Frankfurt Book Fair in 2012 was a particularly great moment. We came up with the idea, built the product and launched it at a major international event. It was humbling to go over there with this South African idea and see how big, established companies actually took us seriously. Some major players signed on straight away, and we left Frankfurt knowing that this was something special.

6. Tell us about your biggest mistake, and what you’ve learnt from it.

That would be holding onto features that only a small group of people liked and made use of. It took too long to remove elements that on the face had value, but not really when examined more deeply. It’s important to be market-led and to adapt to its shifting needs on a regular basis. If something isn’t catching on or isn’t being used, it has to go.