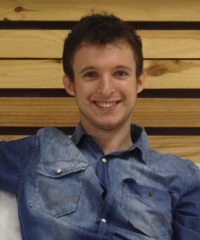 When Glenn Stein was studying at college he decided he wanted to create something that would overcome the language barriers that divide South Africans. And he did.

Today he is the 25-year-old entrepreneur behind Aweza, a free multilingual app for Android and iOS that translates phrases in all of South Africa’s 11 official languages. The app contains about 400 common phrases in the context of a number of situations (such as filling up with petrol at a fuel station) which can be translated into a selected South African language.

Stein is also the co-founder of Speak Mobile, a company that builds apps. It is also responsible for MediPhrases, another translation app that works similarly to Aweza, but is aimed at the medical profession. Its purpose is to help doctors better communicate with patients by overcoming language barriers.

1. If you were given US$1m to invest in your start-up right now, where would it go?

I have put a spreadsheet together around this for R2m ($173,000), which I thought would really be the minimum to keep things well-oiled for a year or so. Anything over that and the growth potentially becomes exponential because it gives us space to do really innovative things. And we already have smart, innovative people in our immediate network who are ready to jump on board and help us do just that. So I imagine $1m would be especially useful.

I would put away enough money to sustain myself and a team of maybe two or three for the space of two years… And I would fund the development of prototypes in all the various sectors that we are looking to go in, such as health and education. There are a lot of amazing features we have sketched out for them but we would need considerable funds to implement.

I would also use it to establish relationships in other countries where language and cultural barriers are significant issues, especially in Africa. So I will need to travel to these places, visit the universities, meet academics and form some partnerships.

We want to expand this concept to as many different languages as possible because it’s a very basic concept [and solution].

Our app faces the risk of sort of fading out and not becoming anything. It has made a bit of a rumble, made a few appearances in the media and gained some exposure, but if I can’t raise capital anytime soon I don’t think the app will be able to go further. So that’s really the risk.

Probably the TV interviews and features we have done.

When Aweza was listed as one of the top 10 most innovative companies in Africa for 2014 by Fast Company.

5. Your biggest mistake concerning your start-up?

When it comes to content you need to use accredited resources. In the beginning, with little funds, I wanted to cut corners. I originally went with informal translators [as opposed to professionals]… It was a mess and a lot of it was incorrect. So I had to sort that out and realised that when you cut corners to save money you can actually end up spending more money. Because you care about your product and you want it to be good, you can’t afford for it to be anything less than that. And the same goes for certain aspects of the app that were built by some developers who were cheaper but not that good. I had no choice but to go with them at the end of the day, and now there are things that I need to fix… At the same time, none of the app would have been possible if I had not used these guys. So there are trade-offs, but I think you have to be very careful where and how you cut corners because the repercussions can be way more serious than you originally would have thought.