When a Turkish Airlines flight touched down at Aden Adde International Airport near the Somali capital of Mogadishu on 16 March, it seemed like a sign of good things to come. It was the first time in more than 20 years that a passenger plane from Europe had flown into the volatile city. Today, more than half a year later, the country has a parliament, a provisional constitution, a new president and a prime minister. 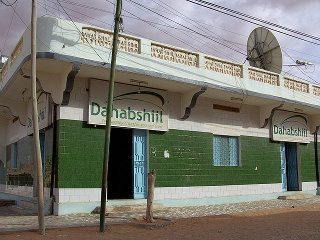 Once labelled “the most dangerous city in the world,” Mogadishu is now bustling with activity. Cars and people fill the streets and the sound of hammers has replaced that of guns, Augustine Mahiga, the UN special representative to Somalia, told reporters in Nairobi. When he first visited the city in 2010, it was a ghost town, he said. The only vehicles he could see on the roads were military trucks and an occasional donkey cart. “There wasn’t a single building that didn’t have bullet holes, and most had been destroyed.” While he was meeting with a Somali leader, for two or three hours “it was just the sounds of guns, guns of different calibres, small guns, big guns and big booms…”

Mogadishu has been free from the iron grip of the Al-Shabaab rebel group since August 2011, when it was flushed out by forces of the Somalia Transitional Federal Government with the help of troops from the 9,000-strong African Union Mission in Somalia (AMISOM). While tens of thousands of people were uprooted by the fighting, the insurgents were pushed further into south and central Somalia. At the time, a famine was quickly spreading across the country, with around 3.8 million people in dire need of humanitarian assistance, according to the UN’s Office for the Coordination of Humanitarian Affairs (OCHA). Al-Shabaab’s decision to ban several aid groups from areas it controlled further eroded its support.

Already weakened, Al-Shabaab forces lost another strategic city, Kismayo, in early October, after a new offensive by AMISOM and Somali government forces. For the past five years, the the rebel force had used the port city in southern Somalia as a lifeline to resupply itself and export charcoal to gain revenue for its operations. Kismayo’s capture has been a major blow to the group, which is linked to Al-Qaeda.

A vote for change

A UN-backed plan known as the “Roadmap for the End of the Transition” has been lauded for breaking an eight-year political deadlock in Somalia. The Roadmap spelled out priority measures to end the transition by 20 August 2012 and restore stability to the country. After the dissolution of the Transitional Federal Government (TFG), which was established in 2004, strenuous negotiations between political actors in Somalia took place to adopt a provisional constitution, elect a new parliament, and appoint a new president and prime minister. Some politicians were bent on maintaining the status quo in order to extend their own mandates. Increased pressure by the UN Security Council, which threatened “stringent action” against any “continued obstruction,” helped move the process forward.

So for the first time since the collapse of the government of Mohammed Siad Barre in 1991, a new federal parliament was selected. Since security conditions still did not allow for general elections, 135 traditional elders from various clans and regions convened in Mogadishu to elect 275 members of parliament, including women, by secret ballot. Somali elders are influential leaders chosen by their communities to serve for life.

This move gave “legitimacy” to the process, says Mahiga. However, the International Crisis Group, a Brussels-based think tank, begged to differ, describing the selection process as “undemocratic” and marred by “unprecedented levels of political interference, corruption and intimidation.”

The UN envoy had earlier urged the elders to use the power of the secret ballot: “Between you and the box, it is only God watching you.” The new legislators seemed to take the advice to heart. They surprised most Somalis by voting in a new kind of leadership. They chose Professor Mohammed Oswan Jawari, an attorney with a strong track record in public service, as the new speaker. And they elected a political outsider, Hassan Sheikh Mahmud, to the highest office on 10 September, a clear break from former president Sharif Sheikh Ahmed, a familiar figure on the Somali political scene and former commander of the Islamic Courts Union (Al-Shabaab was formed in a split away from his group). In contrast, Mahmud, an academic and activist, had only launched his political career a year before with his Peace and Development Party. President Mahmud in turn appointed as his prime minister Abdi Farah Shirdon, an economist and businessman who has vowed to fight nepotism and corruption.

More recently, Shirdon named Fauzia Yusuf Haji Adan as his deputy and the country’s new foreign minister. It is the first time a woman has held such high positions in Somalia.

Abdul Sharif, a Somali-American freelance journalist and Africa analyst based in Minnesota in the US, was pleasantly surprised by the outcome. “The Somali people have taken a great step forward on the path to prosperity. Many people thought the transitional government would not end, that it was going to be a failure. But the Somali people proved many wrong.”

Having survived an assassination attempt by suicide bombers just 48 hours after taking office, President Mahmud made clear his number-one priority: “Security, security, security.” Although Al-Shabaab is in retreat, the group still poses a threat around Mogadishu, the recently liberated Kismayo and other areas in south-central Somalia.