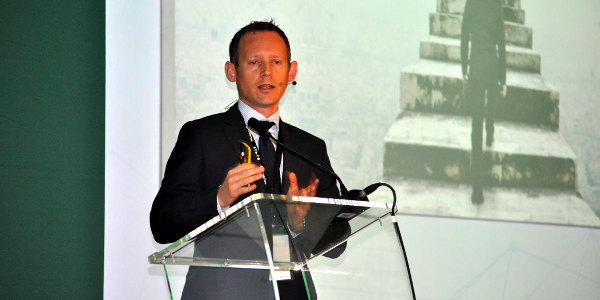 The South African economy has had a tough three years. Inflationary pressures, rand volatility, ongoing fears of a ratings downgrade, and a slowing growth rate (to the point where it was negative for the first quarter of 2016) are just some of the economic realities that shaped the market.

However, as recently as 2013, South Africa had annual GDP growth of over 2%, and Izak Odendaal, investment strategist for Old Mutual Multi-Managers, believes the country could return to this rate in the near future.

Speaking at the Old Mutual Corporate 2016 Investment Mindspace in Cape Town on Thursday, Odendaal shared an optimistic outlook for South Africa’s future. He noted that some of the country’s economic struggles have been the result of investor sentiment falling because of disruptive strikes and political uncertainty – such as South African President Jacob Zuma’s unexpected finance minister reshuffle in December, which caused the rand to plummet.

However, Odendaal argues that South Africa was also “unlucky” to be hit simultaneously by several other shocks that contributed to its economic slowdown. And many of these are beginning to fade.

Load shedding a thing of the past

Towards the end of 2014, Eskom, the country’s public power utility, did not generate enough electricity available to meet demand. In response, it scheduled controlled, rotational power cuts nationally (called load shedding), and this continued well into 2015. The impact on businesses and industries was huge – many companies had to seize operations during the blackouts, or were forced to invest in expensive generators. The country’s economy was hard hit. During the second quarter of 2015, South Africa’s GDP had contracted by 1.3%.

But it has now been over a year since the last bout of load shedding, noted Odendaal.

“And if you look at Eskom’s generated capacity at the moment, it is running at about 80% of its capacity… So, I think from a load shedding point of view we are pretty safe at the moment.”

Commodity prices have firmed up

In mid-2014 the world saw the oil price plummet from over US$100 per barrel to a record low of about $27 in January 2016. A similar downward trend was seen in the prices of other commodities.

Many new mining projects – invested in when commodity prices were trending upwards – began operations at a time when the world’s largest commodity consumer, China, began its shift from a manufacturing– to a services-driven economy. Lower demand and increased supply took their toll on prices.

South Africa’s leading exports are gold, platinum, iron-ore and coal, noted Odendaal, and the impact of lower commodity prices was felt not just within the mining sector, but across industries.

“For instance, the transport sector derives close to a third of its income from moving goods that have been mined. So the transport sector is also very exposed to the mining sector and commodity prices. Similarly with the manufacturing space… Even the financial and construction sector,” he added.

“So mining and commodities tend to have tentacles that spread very wide into the South African economy.”

However, commodity prices have firmed up over the last few months, and no longer seem to be on a downward trend. “No one is expecting a big boom in commodity prices… We just need them to stop falling for the impact of the shock to fade our risks.”

In 2015, South Africa was hit by the worst drought in 35 years – caused by the El Niño climate cycle, which affects rainfall patterns.

“Obviously, this hit the farming community first and foremost. But it also had [another] resulting impact – that food prices really shot up.”

Odendaal explained that the impact was made worse by the fact that not only was there a shortage of food, but the rand was weak, which meant imports were more expensive.

“So the maize prices last year doubled. This had a huge impact on consumers, and specifically poor consumers, who spend most of their income on food.”

However, this year maize prices have fallen and Odendaal believes that, “The worst is behind us.”

“Prices are still quite high, but when we talk about inflation we talk about year-on-year change, which means that by the end of this year, going into next year, we are going to see inflation falling quite rapidly. In fact, food inflation could possibly go into negative, and that obviously relieves pressure on your interest-rate outlook.”

Odendaal says that as these shocks fade, South Africa’s economy will start to pick up.

“The important point here is that I’m not suggesting that we are going to go into 5%. To get to 5% growth we need to introduce the kinds of reforms and investments and upgrades to our economy that are currently stalled,” he explained.

“What I’m talking about is just getting back to 2%. If the impact of these shocks fades – and it will take time – then there is nothing to suggest that we can’t go back.”