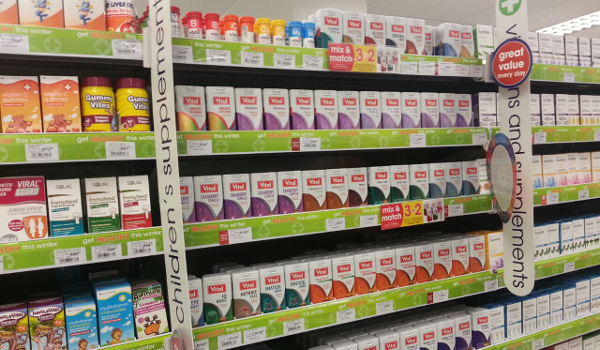 Demand for health and wellness products – including dietary supplements, sports nutrition and herbal medicines – have seen strong growth over the last decade with the global industry expected to reach a value of US$1tr by 2017. Unlike prescription drugs, wellness products are considered natural remedies to promote wellbeing and are sold over the counter.

In South Africa a similar trend has been seen as consumers become increasingly health conscious, according to Dr Karsten Wellner, CEO of the Johannesburg Stock Exchange-listed Ascendis Health. The company owns a portfolio of natural remedies and wellness related brands.

“How big the market is depends on what you include. But in South Africa what they call the complementary and alternative medicines (CAMs) market is assumed to be between R10bn and R13bn ($700m and $915m), and this includes sports nutrition,” he told How we made it in Africa.

However, recent regulatory changes put forward by the Department of Health propose stricter procedures for registering these over-the-counter ‘complementary medicines’ – similar to those required for prescription pharmaceutical drugs. While the move is meant to protect consumers from untested medicines which make false-claims, Wellner notes the costs involved limit the industry’s growth potential.

“If you register pharmaceutical drugs you need a toxicology, efficiency studies, and clinical data and that is very expensive.

“An extreme example is if you squeeze 20 oranges to drink as a juice, you take in a higher dosage of vitamin C compared to what is recommended as a daily dosage. Theoretically, if you had to put that vitamin C in a pill instead of drinking it, you would need a pharmaceutical dossier to do so,” he explains.

“Due to these regulations starting to be implemented, the market in South Africa hasn’t had as strong growth like markets in Europe or in other developing markets.”

Sports nutrition products have also been growing strongly globally. “And in many markets its growing by double digits,” adds Wellner.

In addition to its own South African sports nutrition brand Evox, Ascendis Health recently acquired a major European player, Scitec International, for R2.9bn (about $203m). The deal is part of the company’s strategy to increase revenues from foreign markets due to a weakening rand, but also gives it a strong foothold in the global sports nutrition market. According to Wellner, Scitec is one of the top three sports nutrition companies in Europe.

“And we see a lot of potential coming from this acquisition for our export market into developing markets like the Middle East and Africa.”

Ascendis already exports various products to other African countries, mainly South Africa’s neighbours. However, the rest of continent only accounts for a small percentage of its business.

However, he adds a growing number of gyms in some countries could be indicative of a expanding market.

“Wherever there are gyms people focus on their bodies and health… So overall we see nice trends in Africa for sports nutrition – but growing from a lower base.”