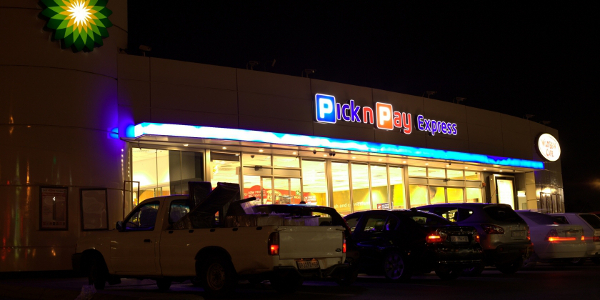 In this operating context Pick n Pay recently concluded a Voluntary Severance Programme, with 10% of the staff taking up the option, however, retail analyst for Old Mutual Investors Fund at Old Mutual Investment Group, Kayalethu Nodada, does not believe this is the start of a trend in the food retail sector from the most recent reporting season, food retail companies reported modest turnover growth, with very low to negative volume growth from the same stores they had in the previous reporting period, reflecting one of the toughest consumer environments experienced over the past years.

“We know that times have been tough for the consumer, this is starting to show in the numbers reported by the retailers,” says Nodada. “Part of what is driving the tough consumer environment is low consumer confidence, coupled with a slowdown in the growth of social grants; unsecured lending growth; and real wage growth. These factors were key in driving growth in consumer spending in the previous cycle following the global financial crisis.”

Meryl Pick, another Old Mutual Investors Fund retail analyst, says that the tightening of credit regulations experienced in South Africa over recent years has had a specific impact on the clothing retail sector. “The tightening of credit regulations has resulted in a decreased turnover in credit sales, as policies around store cards have become stricter.”

“As spending on clothing is largely discretionary, a key driver of clothing sales is consumer confidence, which is close to levels we’ve not seen since the eighties,” continues Pick.

This downturn, however, is fundamentally different to the previous slump in consumer confidence experienced by the retail sector in 2009, says Pick. “During the last downturn, unsecured lending, personal loans, short-term loans and social grants were still very much on the rise, which effectively served to offset the lower confidence levels and lagging GDP that the country was battling.

“In contrast, the current downturn has seen a tighter credit environment, partly due to regulation, and it is becoming increasingly difficult for consumers to access credit or utilise credit extensions, meaning there is nothing offsetting the cyclical slump this time around,” she explains.

Nodada adds that an additional factor that added pressure on the food retailers is the increase in input costs, driven by higher soft commodity prices as a result of the El Nino weather pattern over the past three years and to a lesser extent, the impact of a weaker rand. This led to higher food inflation, which peaked in the fourth quarter of 2016.

He points out that Shoprite has done well in driving its lowest-price strategy in a market where consumers are looking for good deals at low prices. Shoprite has seen some benefit from the consumer trading down, as a reflection of the tough economic times. “But, we are starting to see the pressure in the normally resilient higher LSM consumer, a trend that is more explicit in the clothing retail space than it is in the food retail space.”

Looking forward, the outlook is for food inflation to continue declining into the end of 2017, according to Nodada. He says this will be a welcome relief for consumers already in a very fragile position. “The decreasing probability of an El Nino reoccurring this year is also positive for food inflation. Further, the recent 25 basis points cut in interest rates by the South African Reserve Bank is a positive sign for the consumer, but will not be enough to revive consumer confidence in the short term.”

Pick adds that, among the clothing retailers, there’s been very little local strategy changes, however, Truworths, Foschini and Woolworths have all completed offshore acquisitions recently, which highlights the main strategy seen among local retailers at present is to explore offshore markets.

“In terms of which retailers are dealing with the changing retail conditions best, I would have to say Foschini because they’ve invested in local manufacturers, which positions them well to deal with rand volatility – particularly rand weakness. They offer a diverse portfolio of brands, such as Totalsports, @Home and Markham, and are therefore less exposed to competing international brands than, say, Truworths, as many of these international brands specialise in women’s wear.”

“While some positive indicators should give the consumer some additional breathing room, these are unlikely to shift consumer confidence substantially enough to drive a recovery in the retail sector this year,” Nodada concludes.