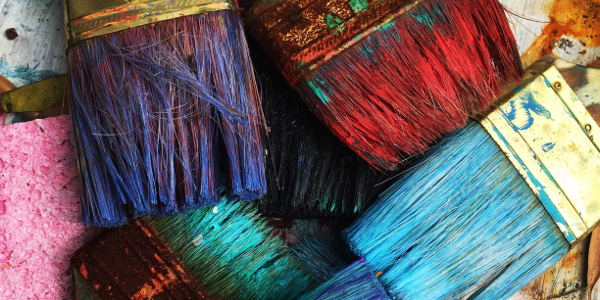 Economic growth, urbanisation and a rising consumer class in east Africa is creating greater demand for homes, offices, factories and commercial buildings. And as a result, an increased need for paint.

“As the middle class grows, the need for more and more housing increases. And obviously more houses and apartment buildings really helps our business,” said Farid Masood, CEO of KPAL, in an interview with How we made it in Africa.

However, this is not to say paint isn’t already big business in east Africa. Masood estimates the region’s paint industry to be worth US$350m per annum, which can be segmented into four categories: decorative, industrial, protective coatings and automotive.

He said while consumers buying paint for decorative purposes is where the majority of revenue comes from, there is also growth potential in east Africa’s industrial and protective coating space. In addition he sees opportunities in the region’s automotive refinish industry – KPAL is already a major supplier in South Africa.

East Africa has a large number of local paint companies compared to multinationals. However, Masood predicts that with the growth of the middle class, businesses with the “balance sheet strength” to rapidly take advantage burgeoning demand, will begin to play a more dominant role. KPAL is a subsidiary of Japan-based Kansai Paint Co.

Sadolin’s largest market share is in Uganda, where it is the number one-player. However, Masood sees Kenya as the country presenting the greatest untapped opportunities due to its demographics and infrastructure spending. “For us the growth market is Kenya. In Kenya, Sadolin is the number three player in the market – there are some other competitors that are there – Crown and Basco being the largest players.”

“We see a lot of paint opportunities there. We also see it in other countries in east Africa as well – but given the size of Kenya we think we can take a significant amount more of the paint spend in the country… We are also one of the largest players in Tanzania and want to grow that market as well,” he added.

In South Africa, KPAL is positioned predominantly as a premium brand, but with the acquisition of Sadolin, Masood wants to focus more aggressively on the mid-tier market.

“Consumers obviously want good, high-quality paint that can withstand different weather conditions, but they also want a good price point. So there is a large market which will not be that premium price and that’s where we see our growth coming from in the decorative space – in the mid-market segment.”

In acquiring Sadolin, KPAL will have manufacturing facilities in Kenya, Uganda, and Tanzania, which according to Masood, is essential due to the high cost of logistics in the region.

He said KPAL will continue to look for acquisition opportunities as part of its mission to be present in each African country. According to him it’s good business: “We see the paint market growing above GDP growth levels in [African] markets.”