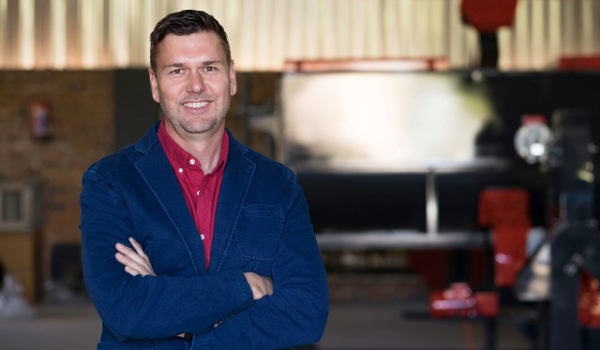 Johan Eksteen, founder of Agricon Pelleting, was named the overall winner of the 2016 Entrepreneur of the Year competition.

When South African Johan Eksteen was completing his master’s degree in sustainable agriculture over 20 years ago, he uncovered a demand for pelleting machines that catered to the specific needs of African farmers.

Pelleting machines are used in the agricultural industry to process organic material into small, dry pellets for animal feed and fertiliser. Back then Eksteen noticed these machines could only be imported from Europe or the US, and were mostly geared towards large-scale pelleting production – which was unaffordable and impractical for the average smallholder farmer. So he started Agricon Pelleting, a company that manufactures pelleting solutions for the African environment.

Today, his business has grown into a market leader that exports throughout the continent. Recently, Eksteen was named the overall winner of the 2016 Entrepreneur of the Year competition, sponsored by Sanlam and Business Partners.

Part of the company’s success comes from manufacturing smaller pelletisers that run on single-phase power (the kind found in most homes). These are more suitable for smallholder farmers in the African context.

One machine can also pelletise a variety of substances – such as plant matter into animal feed and animal waste into fertiliser – and Agricon invests in educating customers on the different ways that the machines can add value to their farms.

“We also allow them to trade in their machines. So if someone bought a machine with the capacity to produce half a tonne of pellets per hour and all of a sudden his market has grown to such an extent that he needs to produce a tonne per hour – then we provide very good trade-in values because we want to retain that customer’s business. So we trade it in for a bigger machine and we grow with their business.”

The company focuses on after-sale service and maintenance as a way of competing against foreign suppliers.

“I think our service orientation for the African market is one of our successes. If a customer struggles with a machine, he can pick up a phone and speak to somebody or we will send him a technician, which you don’t get from your European or American or Asian suppliers. And I think that is one of the biggest selling points,” he continues.

“I have just had one guy returning from Mozambique after a week of training customers and installing machines there. I also travel quite a lot, especially to Lilongwe in Malawi where we do a lot of tobacco-dust pelleting.”

Eksteen says entrepreneurs have a natural ability to spot opportunities, but those most likely to succeed will be able to get their idea off the ground without relying on external investment.

“If you are going to start a business based on the fact that you need money from investors, you probably won’t be able to ever start that business. To be an entrepreneurial success you need to get cash flow into your business – not from banks and investors, but from product sales,” he explains.

“If you can only manufacture that very first product… then sell it and reinvest into the second round of manufacturing. Most people think they need investment to do this – but who will give you money if you haven’t tested the market?”

“You have to show traction in the market first.”