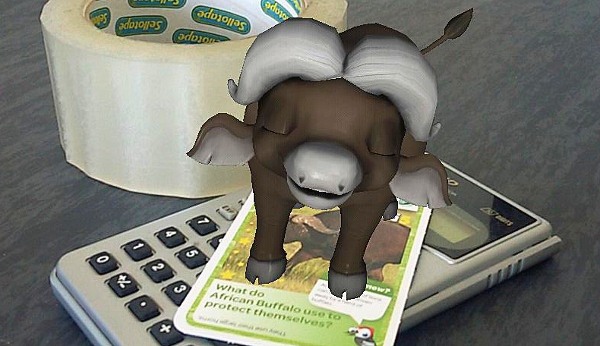 Earlier this month Nintendo’s share price soared with the release of the augmented reality (AR) game Pokémon Go. Over the next two weeks the game’s release added around US$20bn to its market value – before the Japanese company’s management announced it only owned about one-third of Pokémon Go and earnings would be limited. Shares quickly took a dive.

However, one thing the Pokémon Go craze has revealed is that people across the world are fascinated by AR. The technology allows users to see the real world supplemented by computer-generated sensory input. For example, a Pokémon Go player could look through a smartphone camera to see a fictional creature sitting on the coffee table.

It blurs the line between what is real and what is computer-generated and – besides being fun – could change how we go about everyday life. Just imagine walking into a shopping mall and having computer-generated graphics placed in your line of sight that help you find the closest coffee shop or make you aware of a clothing store discount a floor up.

In South Africa, retail giant Pick n Pay recently released its Super Animals marketing campaign, which uses AR. It comprises a smartphone app (developed by the Cape Town-based company Sea Monster) and a collection of 108 cards featuring interesting facts about different animals. Customers can then scan the cards with the app to see a 2D avatar of the animal spring to life. The animals can also make sounds.

However, the Big Five animal cards – the African lion, elephant, buffalo, leopard and black rhinoceros – appear in 3D form and allow consumers to interact with them.

The app also has a camera function, and customers have started posting pictures on social media of animal avatars being held in their hands or sitting on their shoulders.

According to Pick n Pay’s customer and trade executive John Bradshaw, it took just two weeks for the Super Animals app to reach the number of downloads targeted for two months.

“I think in many ways this is introducing people to AR for the first time. It is the first time people have used the camera on their phone to have a superimposed image imposed on what they are actually seeing in front of them. So I think we are going to see more and more of this,” he adds.

“It is kind of cutting edge in South Africa. [Our campaign] hit just a little bit before Pokémon… With the power of a super computer in your hand and a camera, you can do some really, really cool things – and I think we are just seeing the start of it.”

There is also a revenue generating component to the campaign. Pick n Pay is selling the Super Animals collector’s album – which contains trivia and other activities.

And for R50 ($3.50), consumers can buy a sound card reader at Pick n Pay, which they can swipe their cards through to listen to each animal’s sound.

However, Bradshaw says consumers have been particularly excited about the AR component of the app – which is free.

“The idea is to create excitement at the till; to give people something free for shopping with us. And hopefully to have something that is fun for families and fun to collect.”