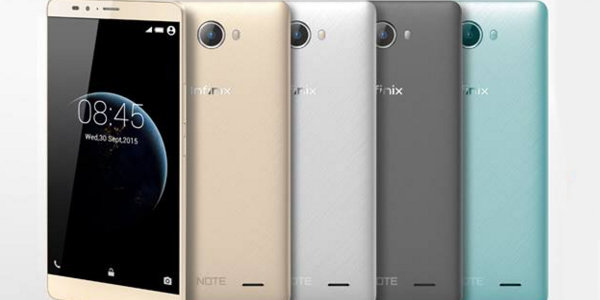 In the early 2000s the nascent mobile phone market in Kenya was dominated by brands such as Motorola, Nokia, Siemens and Alcatel. Today consumers have a wider array to choose from, with each brand promising better quality and affordability.

A number of emerging phone makers have entered the market recently. One of these is Infinix Mobility, a Hong Kong-based company that designs its devices in France and manufactures them in China. Established in 2009, Infinix now has a presence in 60 countries globally, including 10 African territories. It claims to have sold more than 4 million devices in Africa over a 16-month period.

“In the past year alone we have sold 500,000 units in Kenya. We are now among the top brands in the market [and] we have only been here for two years.”

Infinix focuses on an e-commerce model, making available its devices on online platforms such Jumia in Kenya and Konga in Nigeria.

Tang says the e-commerce sales strategy has helped to keep prices down by eliminating costs of operating bricks and mortar shops, or using third-party physical retailers. Cutting out middlemen from the distribution chain has also reduced the threat of counterfeiting its products.

Infinix phones are available elsewhere in the continent in Nigeria, Ghana, Egypt, Morocco and Ivory Coast. In Ivory Coast, a study by online retailer Jumia showed Infinix was the third most popular phone brand on its site, after Samsung and Alcatel, in the period between May 2014 and April 2015.

Tang says Infinix targets young consumers aged between 18 to 25 because “they easily accept new ideas and new technologies”. Features such as a long-lasting battery, big and high-resolution display screens, dual-SIM capacity, as well as a variety of colours to choose from, have appealed to the youth.

“Every new model we have launched was developed based on feedback from users. Our customers can communicate with product developers directly through our X-Club platform.”

Demand for smartphones in Africa is on the rise with statistics showing by 2019, two out of every three mobile phones sold in the continent will be a smartphone. This has inspired more companies, both established and emerging, to expand into Africa.

Last November Chinese smartphone manufacturer Xiaomi entered the African market, appointing a distributor with a presence in 14 countries to handle sales on its behalf. In addition, French company Wiko, which is majority-owned by Chinese technology group Tinno Mobile, has launched in Kenya and has since expanded to other countries within the continent.

Global technology consulting firm International Data Corporation (IDC) says growth in Africa’s smartphone market is largely being driven by the emergence of Android-powered, low-priced devices. In the first quarter of 2015, the IDC found half of all smartphones shipped across Africa were priced below $100, while almost 75% cost less than $200.

“This price bracket seems to be the sweet point for most vendors launching in the region, as well as for established vendors looking to increase their shares by targeting the lower end of the market,” Nabila Popal, a research manager at the IDC, said last year.