Real estate is a thriving industry in most African states with massive construction activity in cities and emerging urban areas. A growing population, increased income levels and economic growth has created more demand for residential and commercial property. Institutional investors, both local and international, are also pumping millions of dollars into retail property. 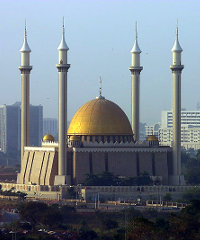 However, the focus is not only on the traditional Nairobi, Lagos and Johannesburg hubs. According to property portal Lamudi, which focuses on emerging markets, likely real estate opportunities in 2015 lie in emerging cities.

The company has identified six investment hotspots in Africa based on market trends, infrastructure developments and attractive real estate opportunities. Read on:

Although Abuja is the capital city, the commercial hub Lagos has a bigger population and attracts more businesses. But due to its growing status as one of the world’s emerging cities, Abuja is increasingly attracting real estate investors. Its strengths lie in well-developed architecture, strong infrastructure, good security, a favourable climate for business and a growing number of wealthy residents.

For many years Naivasha was mostly know for its horticulture and flowers exported to European markets. But these days the town, located 90km north-west of Nairobi, is both a popular tourist destination and emerging real estate market. It attracts investments in both leisure and retail property. Last year, Buffalo Mall, the first shopping centre in Naivasha, opened its doors. Other notable projects include the Aberdare Hills Golf Resort targeting wealthy Kenyans and expatriates, and the Longonot Gate luxury homes development. In 2014 Gems Cambridge International School, which is associated with Dubai-based investors, acquired land in Naivasha to put up the international-curriculum learning institution.

A 2014 survey by Lamudi shows Casablanca is most-popular location for house-hunters looking for residential property. The North African country’s youthful population finds Casablanca endearing because it offers employment and economic opportunities, and a modern lifestyle.

Industrial development is also driven by its strong transportation connections facilitated by an international airport, its location at the junction of roads leading to several cities and towns and the oil pipeline from Dar es Salaam in Tanzania, which ends at the Ndola refinery. Ndola is also significant commercially with a good presence of insurance companies, local banks as well as hosting a major centre of operation for the country’s central bank, the Bank of Zambia.

Although ranked as one of the least liveable cities in the world by The Economist , the vibrant capital of Algeria is emerging as an appealing location for investors. New suburbs are being created to the south to house the city’s growing population. The real estate sector is growing partly due to overall economic growth in Algeria and good infrastructure in the city and within neighbouring suburbs. Some of the strengths include the Houari Boumediene international airport, a subway line that opened in 2011 and a port which is key for the import of raw materials and industrial goods. Algiers is also an administrative and financial centre.