It’s raining in the Silicon Savannah, and unlike Nairobi’s unbearable traffic problem, no app has emerged promising to stop it. 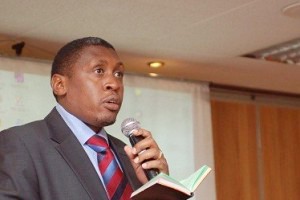 Paul Kukubo, CEO of Kenya's ICT Board, says the current debate about the state of Silicon Savannah is "not discouraging people, it’s making them think again".

Inside the colourful and buzzing tech corridors of Africa’s first technology boom town, whispered conversations between investors are becoming amplified. Criticism, candid commentary and a dose of reality are dropping in from bloggers and pundits, challenging Kenya’s image as a place where African technology magic happens, where successful startups, apps, and entrepreneurs flow like water.

Over the past two years, media and the startups they cover have shared the responsibility of painting a glorified picture of Nairobi’s startup scene. They have built a collective hype that’s attracted investors, entrepreneurs and even journalists.

Yet for those who have arrived and stayed, what they have found is neither a vast oasis of untapped innovation, nor a dry and dusty savannah filled with empty promises. The reality lies somewhere in between – essentially a very young ecosystem with great potential, but one that also needs to mature and grow up.

As the choir gets louder, one thing is becoming apparent – a little rain on Kenya’s technology parade might actually be a good thing. It’s time for companies to sink or swim, for the good seeds to grow and the bad to be washed away.

Software and app startups are a dime a dozen here. Yet few are finding funding, and even fewer are actually making money. Entrepreneurialism has become a profession itself, and many young entrepreneurs are lacking the experience, training, and business acumen to make companies grow. This is something investors notice quite quickly.

Andrea Bohnstedt, an investment risk analyst and columnist wrote in a local Kenyan paper “there’s hype and then there’s business. Nairobi’s ‘Silicon Savannah’ is in desperate need of a large dose not of money, but of modesty”.

In a recent piece for Impact IQ, I myself wrote of “vanity capital and vanity companies”, referring to the fact that entrepreneurs with half-baked ideas and a collection of buzzwords are “falling for too many carrots, chasing free money to satisfy overeager funders”.

To get to the bottom – or really the top – of Kenya’s ICT scene, I recently sat down with Paul Kukubo, the chief executive officer of Kenya’s ICT Board, to get his take on this Silicon Savannah debate.

What is your take on the argument that there’s “too much hype” surrounding Kenya’s technology scene? Is a bubble about to burst?

We need good debates. The guys who bring up these issues are important to solving the sector issues, and it’s a healthy debate. It’s not discouraging people, it’s making them think again.

If anything, it’s not hyped enough. Kenya’s app-fuelled startup scene is a very small sector, with a few people who are active on Twitter following each other.

It’s important to understand that Kenya’s 20% growth in ICT is coming from a multiplicity of businesses and tiers, not just from the small startups.

At the top of the ladder are the multinational corporations, like IBM and Oracle. Then there is the partner ecosystem – the companies that feed off this multinational tier as partners and distribution channels. Then, there are companies that do a bit of everything, creating software products, either by utilising open source systems or developing code from scratch. These are traditional software writers, systems that run schools or financial systems.

Finally, you have the apps companies, a new generation of companies that have an innovation agenda. You get attention with the most sexy app, or the one that does the most sensible thing. Their role is to break the rules, articulate needs at the community level, innovate, and customisation for the market.

Top tiers, like Oracle, IBM, Microsoft, are the large money generators, but the app model is what’s being developing around the world, and you cannot rank these things. Just like you need Oracle, you need Angry Birds.

That’s why we love this scenario, and don’t want to mess it up. It’s nice when you have a culture where young people take the initiative to create. That has its own momentum. It’s creating a culture of creating, which is what all governments around the world spend so much time teaching the young people to do.