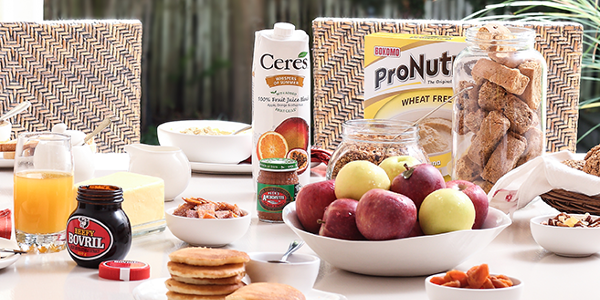 South Africa-based Pioneer Foods – which produces brands such as Sasko bread, Liqui-Fruit juice, Bokomo cereals and Lipton ice-tea – will be eyeing acquisitions in strategic African markets as it looks to curb challenges related to exporting to these countries.

Pioneer Foods’ results for the half year ended 31 March, saw a 47% decline in headline earnings per share – attributed to the worst drought in 30 years, an unfavourable procurement position in maize, volatile exchange rates and higher grain prices. Beyond South Africa, the company’s leading markets on the continent saw sale volumes contract notably, said Thushen Govender, business executive for international operations and group acquisitions, at the results presentation on Monday.

Many of these countries are battling economic challenges and volatile currencies. For example, Mozambique is grappling with massive debt after it was revealed last year that the government took out unauthorised loans. The IMF and World Bank, major donors of its state budget, have since suspended aid to the country and Govender noted the Mozambican metical has depreciated by 70% over the past year.

Mauritius, another key market for Pioneer Foods, was also hit by local currency depreciation and the introduction of a 10% sugar tax. And in Ghana, election-related uncertainty muted consumer spending and reduced distributor working capital.

“The other issue we faced was in Zimbabwe,” said Govender. “This is very much a dollarised economy and dollar availability was quite low. As a result we adopted prudent credit management and decided to stop selling in many instances to focus on managing our debtors book a lot more prudently and ensure we don’t take a bad-debt write-off.”

However, according to Pioneer Foods’ CEO, Phil Roux, the company is seeking acquisition opportunities on the continent.

“There is no doubt that the medium-term investment case for the African continent remains compelling. We find growth rates positive. But those economies, particularly those that we serve, are going through a [short-term] period of difficulty – and, like all things, those will turn around,” said Roux.

“Organic growth alone will not suffice, so we need to continue rekindling our acquisition pipeline. Pioneer Foods needs another big chunk in its portfolio.”

Part of the strategy behind acquisitions is to overcome challenges associated with exporting to other African countries. For example, Govender noted that in Nigeria the importation of fruit juices (a key division of the company) is banned, while in Angola and Kenya the import duties are close to 50% and 30% respectively.

“Therefore it is absolutely crucial for us to have local assets as well as a local management team that understands the informal channels with an established route to market,” he added.

In March the company acquired 49.89% in Weetabix East Africa, which holds a 70% market share in breakfast cereals in the region.

“And this gives us a huge opportunity not just within breakfast cereals but within the beverage category as well,” explained Govender. “In the East African region we were under-represented in terms of the consumption opportunity and it was purely because of the factors I have mentioned: lack of a local management team and understanding of the route to market, as well as importing products that become quite expensive on the shelf once you take into account the import duties. We have now, with our local partner, created a focused beverage category strategy and we are working with a local manufacturer to manufacture Ceres [a fruit juice brand] in market and penetrate the East African region.”

About a year ago, the company acquired a majority shareholding in Food Concepts Pioneer Limited (FCPL) in Nigeria, which is now proving profitable.

“It had been making losses for the last 2-3 years of its existence. In the last 8-12 months we managed to turn around that business,” he highlighted.

“The business is well posed for future growth and we are looking to invest in further capacity.”