Kenya is positioning itself as Africa’s technology hub with the construction of multi-million dollar Konza Technology City about 60km south of Nairobi. This is one of many efforts by the government and private sector to transform Kenya into Silicon Savannah. 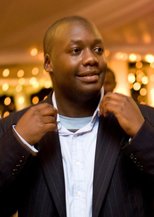 The success of mobile money transfer service M-Pesa and crowd sourcing platform Ushahidi, as well the establishment of iHub, a co-working space that has become Kenya’s unofficial tech headquarters, have helped to propel Kenya’s technology industry. The sector has overshadowed that of other African countries, attracting numerous foreign entrepreneurs, investors and international media attention.

Mbwana Alliy, founder and managing partner of Savannah Fund, an African focused early stage tech seed fund and accelerator, says that while Kenya holds a lot of potential, it has a “noisy ecosystem” that and can be “distractive”.

Founded in mid-2012, Savannah Fund has invested in 10 startups in Kenya, Uganda, Ghana, Nigeria, Australia and two registered in the US. The fund invests in “high-risk, high-return startups” and plans to double its number of investees to 20 by the end of the year.

“We tend to find better startups the further away we go from Nairobi. So Ghana, Uganda have been pretty good as far as deal flow mostly because I think they are not distracted and are focusing on business. There is a lot of noise in the ecosystem here,” says Alliy.

“It’s the same thing I have seen in Silicon Valley. The best startups tend to be the foreigners who come in because they have toiled and… they don’t take anything for granted. So when [Ghana-based company] Ahonya gets here they are like ‘wow M-Pesa, we don’t have this, testing lab…’ They take advantage of everything.”

Alliy told How we made it in Africa that since the launch of Savannah Fund, Kenya’s technology industry has improved in many ways but there is still a long way to go.

“I think it has changed but it is not enough. It is a long road… ecosystems are built over decades. So, this is a road that I am on for a long time. It’s now a year and a half [and] we have seen some movement in terms of perceptions [and] startup quality,” he says. “We are trying to brand ourselves away from the impact grant space and more of serious venture capital. We are seeing more and more better startups coming to us.”

Savannah Fund runs an accelerator programme that seeks to bridge the skills and experience gap of entrepreneurs in the region. The fund’s third accelerator class is open for applications until February 15.

The programme is a “three month class of hands-on mentoring”. Startups are given US$25,000 to prove their ideas and when they graduate they receive support finding more investors.

The accelerator programme admitted only seven startups in its first and second classes out of more than 200 applications. The highest number of applications come from Ghana, Nigeria, Egypt, Kenya and Uganda.

“We want to focus very heavily on helping the startups. Would you want to have 10 children? Our style is getting more involved with the startups so I think four or five [per class] is enough to get investors excited. I don’t want to be the accelerator that has 20 startups and when people come to demo days they are three hours long and investors can’t even remember the startups. It’s like watching 20 trailers at once in a movie theatre. Are you going to remember them all?”

But with hundreds of young tech entrepreneurs seeking funding and mentoring, isn’t this a small drop in the ocean?

Alliy notes that while he would like to live in a world where everybody can be a Zuckerberg, the reality is “not everyone is going to build a really great high-growth startup”.

“We are trying to look for the winners.”