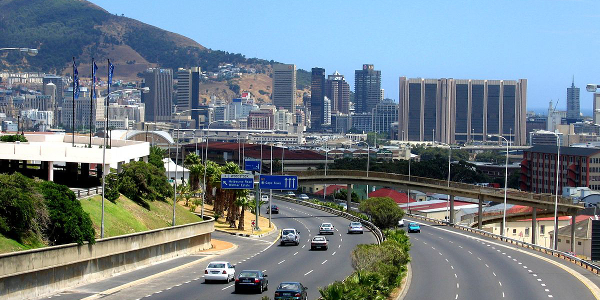 Moody’s on Tuesday warned that South Africa’s tenuous credit rating at one notch above ‘junk’ depends on the pace of economic reform.

It’s the latest warning about a potential downgrade, which would see Moody’s join Fitch and S&P in stripping the country of its investment grade rating – adding further misery to its struggling economy.

If it sounds like you’ve heard this before, you’re right.

The daily news cycle is saturated with stories about South Africa’s economic woes – from the struggle to overcome the dysfunction of Jacob Zuma, to its creaking state-owned enterprises, and infighting within the ruling African National Congress.

As the continent’s most advanced economy, and sub-Saharan Africa’s only country on the MSCI emerging markets index, it warrants close coverage. But do we really need daily, often multiple updates on things like power utility Eskom’s chaotic finances?

While there’s no shortage of issues to cover, it’s also well understood that South Africa’s economic stagnation is symptomatic of deeper, structural problems. Significant developments on a 24-hour news cycle are rare, though you’d be forgiven for thinking otherwise going by the daily flurry of headlines.

The discerning reader will know when something meaningful happens. On which note, Moody’s is expected to deliver its next ratings review in November.

Algerian prime minister Noureddine Bedoui will resign soon to pave the way for presidential elections this year, following a call from army chief Ahmed Gaid Salah for the electoral commission to set a date by September 15. Bedoui’s departure is part of demands from continuing protests pushing for more reform following the resignation of longtime president Abdelaziz Bouteflika in April. More: Reuters

Ethiopia has launched a new economic development blueprint dubbed the “Homegrown Economic Reform” plan, aimed at establishing one of Africa’s fastest growing economies as an ‘icon of prosperity’ by 2030. The plan is part of ambitious reforms under prime minister Abiy Ahmed, in office since April 2018 More: Xinhua

South Africa-based internet and technology giant Naspers will today list its new global consumer internet group Prosus – including its 31% stake in China’s Tencent – in Amsterdam, with an expected valuation of more than $100bn. This is aimed at attracting more international investors to its portfolio of emerging market assets, and reducing its dominance of the Johannesburg Stock Exchange. More: Bloomberg

The EU’s Directorate-General for International Cooperation and Development (DG DEVCO) has reportedly expressed support for plans by Ghana and Côte d’Ivoire – the world’s two biggest cocoa producers – to set a new minimum floor price for the crop. This is part of coordination efforts to reduce their vulnerability to price volatility. More: Reuters