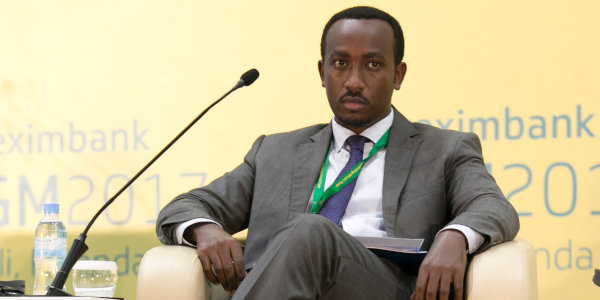 This article is part of a review of HOW WE MADE IT IN AFRICA: THE BOOK, published in Old Mutual’s Mindspace magazine. Jean de Dieu Kagabo is one of the 25 entrepreneurs featured in the book.

“You can never be too young to make money. Age is just a number when it comes to business.”

So says Rwanda-based entrepreneur Jean de Dieu Kagabo. He was just 14 when his father died, making him responsible for his family. His father’s petrol and transport business had done well, but after his death, the family lost everything.

With $3,000 at his disposal, Kagabo began importing cars from Dubai to sell in Kigali and invested the profits in a fuel station. When Rwanda stabilised after the genocide, international fuel companies returned and pushed out small independents like Kagabo. But the multinationals needed trucks to transport their fuel. Enter Kagabo, the serial opportunity-spotter.

Fast forward 10 years and his visit to China to search for export opportunities: “I couldn’t pinpoint a single product they didn’t already have.” He did see a machine for making toilet paper, though, and says, “I was looking for a basic mass-market product, nothing fancy. Toilet paper is something people use every day.” Even so, he says, “It was tough, really tough, to introduce a new product in a small market like Rwanda where everyone was accustomed to one brand.” Yet being in a small country also had its advantages, though, and once people began buying his toilet rolls, the business grew by word of mouth.

He added plastic straws to his product line and when the Rwandan government banned single-use plastic in 2008, he turned to plastics recycling. (“Many people saw it as a problem. I saw it as an opportunity.”) In 2011 his company, Soft Group, moved to the Kigali Special Economic Zone, where they make 15 products, including biodegradable sacks for farmers.

Soft Packaging is among the 360 African companies featured in the London Stock Exchange’s 2019 Companies to Inspire in Africa report, but Kagabo still does not feel as if he has arrived. “I do not have a limit on what I am doing now or in the future. When I take an exit from this world, I will not take anything with me and so I intend to push myself until the end. After my end, others will take over and continue.” For the immediate future, he has his eye on expanding into East Africa with his environmentally friendly products.

*** Jean de Dieu Kagabo is one of the businesspeople featured in HOW WE MADE IT IN AFRICA: THE BOOK, which tells the stories of 25 entrepreneurs who’ve built thriving businesses. Purchase here. ***