The World Economic Forum’s Travel and Tourism Competitiveness Index 2013 was released last month and ranks 140 countries around the world based on their travel and tourism industries. 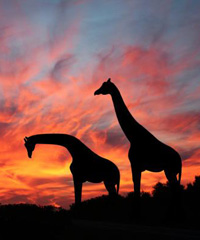 Tanzania came in at 12th place in Africa for tourism and travel competitiveness this year.

According to the World Economic Forum (WEF), tourism and travel is a critical sector for a country’s economic development and sustainable employment.

“A strong travel and tourism sector contributes in many ways to development and the economy,” stated the report. “It makes both direct contributions, by raising the national income and improving the balance of payments, and indirect contributions, via its multiplier effect and by providing the basis for connecting countries, through hard and soft infrastructure – attributes that are critical for a country’s more general economic competitiveness.”

Out of 54 African countries, 35 were assessed and included in this year’s rankings.

The top three countries in Africa

Seychelles: The Seychelles is included in the index for the first time, and is ranked as the number one country for travel/tourism competitiveness in Africa, and in 38th position in the world.

“The importance of travel and tourism for the country’s economy is reflected in its top ranking for the prioritisation of the industry, with the 2nd highest travel and tourism expenditure-to-GDP ratio in the world and effective marketing and branding campaigns,” stated the report.

Its national affinity for travel and tourism is ranked 5th in the world and the country is positioned at 6th place for its tourism infrastructure, particularly in terms of available hotel rooms. Its rankings for ground (31st) and air (27th) transport infrastructure are good, especially by regional standards, according to the report.

“These positive attributes somewhat make up for its relative lack of price competitiveness (120th),” continued the WEF report. “Although the natural environment is now assessed as being in good condition, efforts to develop the industry in a sustainable way could be reinforced, for example by increasing marine and terrestrial protection, which would help to protect the many threatened species in the country (132nd).”

Mauritius: With the entry of the Seychelles into the rankings this year, Mauritius comes in at 2nd place for Africa in terms of travel and tourism competitiveness, and is placed in 58th position in the world. Its prioritisation of the travel/tourism industry is ranked at 3rd place in the world and the country has a high national affinity for the industry (6th).

“Mauritius also benefits from high marks for safety and security (36th). However, the country has seen its price competitiveness decline significantly – primarily the result of increasing hotel and fuel prices and high ticket taxes and airport charges,” added the WEF.

The country has moved down five places since its 2011 rating.

South Africa: At 3rd place in Africa – and 64th overall – is South Africa. It has moved up two places for travel and tourism competitiveness in the world since the 2011 assessment by WEF and comes in at 17th place for its natural resources and 58th for its cultural resources.

“Overall, policy rules and regulations are conducive to the sector’s development (ranked 29th); this is an area where the country has improved steadily over the past few assessments, with well-protected property rights and few visa requirements for visitors. Indeed, tourism continues to be one of the five priority sectors in the country’s growth plan, and the government has reviewed tourism legislation in an effort to streamline it further,” stated the research.

However, factors such as safety and security (117th) and a low life expectancy of 52 years of the workforce (129th), has brought down its ranking and the WEF stressed that improving the health of this workforce is of “urgent concern for the future of the travel and tourism sector, as well as for all other sectors in the economy”.

“Additionally, this year South Africa has experienced an increase in fuel prices (77th) and ticket taxes and airport charges (105th), which have diminished its price competitiveness.”

African ‘gainers’ in the rankings

Kenya: Rising seven places since the 2011 assessment, Kenya comes in at 96th place in the world, and 8th position in sub-Saharan Africa.

“In addition, a strong focus on environmental sustainability results in a rank of 21st, which is particularly important for Kenya given the sector’s dependence on the natural environment,” explained the research. “This focus seems to be bearing fruit and contributes to the overall improvement of Kenya in the rankings.”

However its business environment and infrastructure (ranked 105th in the world) and security situation (135th) remains a noteworthy drawback to the development of the sector.

Morocco: In 1st place for North Africa – and 4th place in Africa – comes Morocco. The country has moved up seven places from 78th position in 2011 to 71st position in 2013. According to the report, this has been due to the economy’s recovery after the instability in the region that followed the Arab Spring.

“The country has improved in almost all areas of the index, receiving good evaluations for aspects of its cultural resources, and is notably ranked 22nd for its many World Heritage cultural sites. In addition, Morocco is prioritising the development of the sector (ranked 26th) and is characterised by a strong affinity for travel and tourism (22nd).”

African ‘fallers’ in the rankings

Algeria: The number one faller for Africa is Algeria, falling 19 places from 113th place in 2011 to 132nd in 2013. It ranks poorly – and in the bottom half – in all 14 pillars used to measure travel/tourism competitiveness, except for the price competitiveness in the industry where it ranks in 28th position globally. This is mainly due to the fact that fuel price is well ranked in 5th place.

Egypt: A considerable faller in the global travel and tourism competitiveness rankings is Egypt, coming in at 85th place this year, down 10 places since its 75th position in 2011. Nevertheless, Egypt is ranked in 5th place in Africa.

Namibia: Falling eight places from 84th place in 2011 to 91st place this year, is Namibia. The country is ranked at 7th place in Africa. According to the WEF, “in order to further develop the sector, a more conducive policy environment will be important”.

Chad has been ranked as the bottom African country for the second WEF assessment in a row. It is ranked in 2nd last place globally for 2013 and was ranked in last place in 2011.