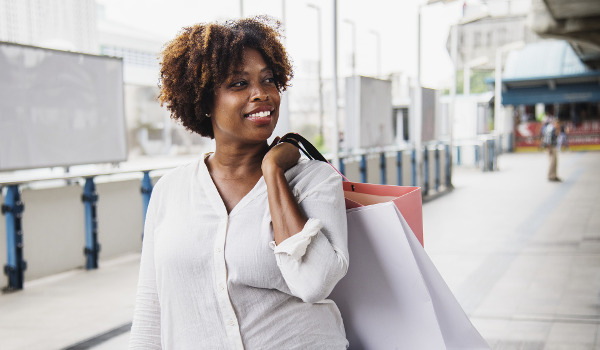 Some 330 million people with purchasing power. This simple fact makes the African consumer class one of the largest remaining prizes for consumer-facing companies and investors in the world. However, organisations have traditionally lacked reliable, hyper-local data on the rapidly shifting consumer demands and purchasing power characteristic of this market. Such information – crucial to decision-making around manufacturing, distribution and marketing – has either been absent or limited to blunt national averages.

Released in October, the Finding the Dynamic African Consumer report, from geospatial data company Fraym, overcomes the issue of highly uneven, fluctuating cross-border and domestic trends. Combining the powerful digital age technological resources of cloud computing, satellite imagery and geo-tagged household surveys, the report answers the all-important business question, “Is it possible to segment and definitively locate African consumers at the city or neighbourhood level across the entire continent?”

Although studies of African consumers already exist, the primary difference of the new Fraym report is that it produces insights into the continent’s middle classes with precision and detail down to 1 x 1 square kilometre increments. It also looks beyond income to consider other factors such as education and asset ownership to create a more robust view of consumer power. Of particular value to business targeting is the report’s identification of a consumer class segment (called ABC1 consumers), who can, and do, purchase “premium products”.

Unsurprisingly, Africa’s major cities are home to the majority of the continent’s profitable and potential-loaded ABC1 consumers. The report found that the 50 largest urban markets – the Urban 50 – account for over 110 million members of this highly-sought-after demographic, along with 80% of the continent’s total urban consumer class. 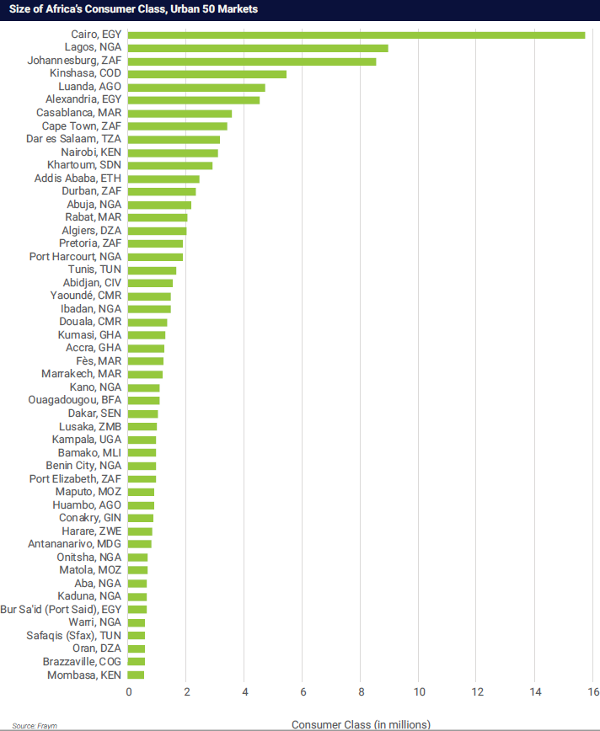 The report confirmed some assumptions, such as Cairo, Lagos and Johannesburg topping the Urban 50 list for their number of ABC1 consumers (16 million, nine million and 8.5 million respectively). These insights were accompanied, though, by other more unexpected revelations that forward-thinking consumer-facing companies should build their expansion and go-to-market strategies around. For example: