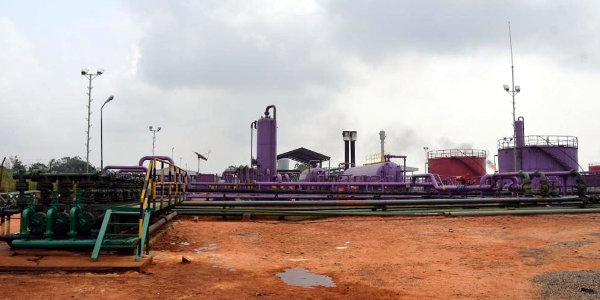 The state-owned Nigerian National Petroleum Corporation is in for a massive overhaul, its director announced this month, but analysts are divided over whether that will be enough to bring meaningful reform to Nigeria’s chaotic petroleum sector.

The restructuring of the NNPC into five businesses and two service companies has been widely anticipated since President Muhammadu Buhari took office last year. He courted voters with promises to crack down on corruption, and there are few targets more prominent than the NNPC.

The corporation represents the government’s stake in the country’s oil industry, which produces about two million barrels per day and is Africa’s largest.

But few Nigerians reap the rewards of the oil wealth; about two thirds of the population live below the poverty line, a fact many blame on inefficiencies and dirty dealings at the state oil company.

The NNPC is notoriously secretive, allegedly corrupt and recently unprofitable. In 2011, a joint report by the Transparency International and Revenue Watch Institute said the corporation keeps almost all its operations and files secret. Three years later, the former central bank governor accused the NNPC of not handing over US$20bn it owed the government.

A spokesman for the corporation was not available for comment.

Operating at a loss

A restructured NNPC will make more money and do so with more transparency, said Dauda Garuba, the Nigerian officer at the Natural Resource Governance Institute. The company showed a loss last year, in part because of the crash in the global price of oil.

“If you break up the NNPC, the independence of the various units will not be so guaranteed and issues will not be so straightforward and not too technical for people to follow up on and investigate,” Garuba said.

But Matthew Page, a fellow at the New York-based Council on Foreign Affairs, said breaking up the company might not be enough to get it in the black.

The corporation operates a number of losing subsidiaries, most prominent of which are Nigeria’s four refineries. They barely function, in part because the oil pipelines that supply them with crude keep getting attacked by criminals. As a result, Nigeria imports most of its gasoline and diesel.

Despite calls from investors and analysts, Buhari has ruled out privatising the refineries.

“The refineries are, obviously, a major millstone hanging around the neck of the company,” Page said. “It’s really weighing it down. It’s the source of a lot of its financial losses.”

The NNPC both buys and sells petroleum products and regulates the industry, Page said, making it “designed to evade outside scrutiny and effective oversight.”

There’s even less oversight on it now since Buhari fired the company’s board shortly after taking office and has yet to reappoint new members, Page said.

“All these things are clear conflicts of interest and practices that really are unheard of elsewhere in the world,” Page said.

Buhari made the unprecedented move to personally act as petroleum minister, while leaving the day-to-day operations of the NNPC to his junior minister, Emmanuel Ibe Kachikwu.

The president is busy guiding a military campaign against the Boko Haram insurgency in the northeast and putting together a budget for this year.

But Page said that if Buhari wants to make these reforms really work, he’ll need to spend time overseeing the decisions at the NNPC personally. – VOA