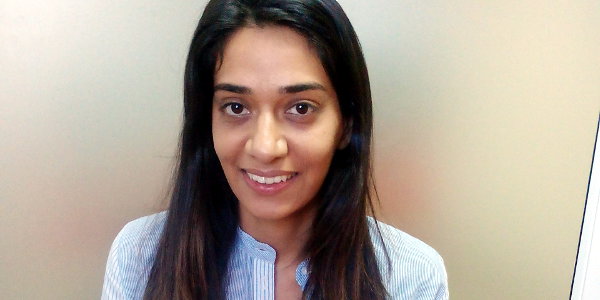 American-born Aneesa Arshad initially came to Kenya in 2010 to work in the field of international development. But in 2013 she was hired by e-commerce company Africa Internet Group (AIG) to launch online real estate marketplace Lamudi in the country. Arshad has since expanded the business to 10 other African countries. Through the platform, property owners and agents list their properties for rent or for sale.

How we made it in Africa spoke to Arshad, CEO for Lamudi East and Southern Africa, about trends in the real estate e-commerce business, facing tough competition in Mauritius, and her experiences running a business in Africa. Below are edited excerpts from the interview.

You came here to work for development agencies and NGOs. What motivated the shift to a for-profit technology business?

I thought that I could actually have more impact in the for-profit space just because businesses tend to be a little bit more sustainable. When you are working with an NGO and you run out of funding, unfortunately sometimes all your beneficiaries will no longer benefit from your programme. If you build a business that makes money, probably all the jobs you will create will only grow in numbers.

I also found technology really attractive because it is transforming the world. Technology companies are very fast-paced and can scale very easily. If you have a website, you can launch it in many countries in the span of a few weeks – as opposed to a tangible business where you have to actually build factories, for instance. So it was attractive to join this business and rapidly scale it in a region.

You manage Lamudi’s operations in 11 countries. Which country under your watch stands out?

I’d say Mauritius which is an exciting market for us because we went in and faced really tough competition – and we still do. There is a local newspaper that owns the leading property portal and they were already in the market when we came in. But through a quality product and persistence we’ve been able to build a really strong business and bring on-board most of the agents in that market.

Tells us about some interesting observations you have made in the countries you operate in.

In some markets the percentage of searches that are happening outside of the market are far greater than the levels we are recording in other countries. It means there are a lot more people looking to move to certain markets. We are seeing this in Angola and Ethiopia, for instance. For Ethiopia it is understandable because the internet penetration is quite low, a lot of the investment is coming from the Ethiopian diaspora, and there is a lot of FDI coming into the country. So as people are maybe relocating to the market, they are looking online to see where they might want to live.

Angola as well is a very hot market with numerous foreign investors and Angolan diasporas coming into the market. Also the Angolan currency has depreciated quite a bit – so it is a great time for people to invest as their dollar or euro is going a lot further.

In some markets we just have fewer professional agents to actually deal with. In Kenya there are thousands of agencies and they are quite professionally run. A lot of them have their own websites, they have offices and they understand how to market themselves online. Whereas in Mozambique, for example, it is a very informal market, anybody can be an agent and it is more about word of mouth than going to a proper office and speaking to an agent. So you have far fewer professionally-run real estate agencies in Mozambique, which makes our job challenging because you can’t just go to one agent and get hundreds of properties to put on the website. You must deal with many informal agents and get maybe 10 properties here, and 10 more there in order to build a good inventory on our site.

But customer behaviour is quite similar across all of our markets. More than 50% of the people visiting our site are searching for rentals – mostly apartments. Those searching to buy are a small minority on the site across all markets because, obviously, the average person cannot afford to buy property.

What challenges does the business face?

It is frustrating for someone to go online, find a property and then realise later that it is no longer available. So one big challenge is to really keep on top of the agents to maintain an up to date portfolio on our site. For a lot of them it is not in their interest to do it since they don’t mind keeping old listings on the site because then they will still be getting phone calls and think they can redirect people to other properties they have.

Another issue we face is the customer experience after they contact the agents. We want to ensure customers are getting a professional experience, [and] that we don’t have agents who aren’t the most reputable.

Thirdly, in most of our markets the majority of our listings are in the capital city or largest city in the country. We now need to diversify our properties to ensure we are covering the whole country. Sometimes this is difficult because those agents in the second or third tier cities are not as tech savvy – maybe they don’t understand the value of what we do, but we know people are still looking for properties in those areas.

For me [as a manager] there is also the struggle with language barriers. For example, I don’t speak Portuguese nor some of the local dialects. When I am visiting a country I obviously interact well with my teams. However, being in front of a client and relying on translation can be a bit inefficient.

Talk about some of the lessons you have learnt launching and running Lamudi in 11 countries.

I have learnt you should really not expend too much budget initially. It is better to grow slower so that you are not wasting money. In some markets we had too many employees at one time and we didn’t need them and later on we had to cut back. Obviously it would have been better to have a small office from day one as opposed to growing and figuring out later that you don’t need all of those people.

Initially we also thought we could really appeal to individuals and get them to list their properties but it is just a lot more work and effort vetting an individual, making sure they even have a title deed to market a property. Additionally, collecting money from so many individuals is just a lot more work than dealing with fewer agents or developers. In some markets we also thought there were more agents who might have an appetite for this service than what the reality turned out to be.

We had expectations even with internet penetration and the impact it would have. Obviously internet penetration in Africa is growing, so you would expect site traffic to organically also grow – which is the case, but maybe not at the rate we thought. So we have learnt from a lot of mistakes or mistaken assumptions.