Last year National Geographic Traveler magazine identified Malawi as one of its 20 must-see places, calling it one of Africa’s “best-kept secrets”. Lonely Planet, the largest travel guide book publisher in the world, recently also listed Malawi as the fifth top country in the world for travellers in 2014. 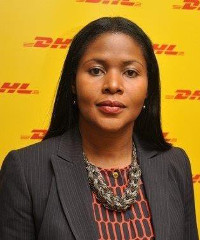 The landlocked African country’s top attraction is Lake Malawi, an ‘inland sea’ that makes up more than half of its eastern boundary. The lake’s beaches and islands attract many local and international tourists, with resorts offering a range of activities such as kayaking, snorkelling and fishing.

Lonely Planet also highlighted other attractions such as the Majete Wildlife Reserve where visitors can view elephant, black rhino, leopard and buffalo; Mount Mulanje “for a hike over hazy peaks in an otherworldly moonscape” and Viphya Plateau, “a haunting wilderness of grasslands and whaleback hills that feels downright prehistoric”.

According to Sarah Kayongo, manager of DHL Express in Malawi, the country’s tourism and hospitality industry is set for growth in the coming years.

Kayongo, who is originally from Uganda, says Malawi lives up to its nickname, the warm heart of Africa. “I have not experienced such hospitality and politeness as I have here. We have pristine beaches and national parks,” she says.

She expects the recent launch of Malawian Airlines to bring more visitors to the country. The airline was established after the liquidation of Air Malawi, the former national carrier. Ethiopian Airlines owns a 49% equity stake in the new carrier and is also its technical and management partner.

DHL is actively positioning itself to benefit from expected growth in the tourism sector. Kayongo says Malawi’s economy is mainly based on agriculture, and companies are yet to fully exploit opportunities in tourism.

“We are already going into a partnership with a major hotel chain that has resorts all over the lake. Guests will be able to send parcels to any of DHL’s global destinations directly from the hotel. This year DHL will also open an additional 70 retail outlets in partnership with one of Malawi’s largest food processors that is situated along the lake resorts. We think that by expanding our footprint, we will have more visibility and customers in the remotest places or in the cities will be able to access us,” says Kayongo.

Despite its numerous attractions, Malawi’s tourism industry receives much less attention than countries such as Kenya and Tanzania. While this may be a great thing for travellers wanting to ditch the crowds, it is not good for the industry in general.

According to Rosebill Satha-Sambo, marketing manager at Ulendo Safaris, an African travel services operator based in Malawi, the national parks in Malawi are less populated than other reserves in countries such as Zambia, for example. She explained that this has a lot to do with the fact that the reserves are not as crowded with accommodation which means one is less likely to see other vehicles on a game drive.

She also believes that Malawi’s recent media attention bodes well for the industry. “I think that [Malawi] will get more on the radar with people who probably haven’t heard of Malawi apart from Madonna adopting kids, and I think it will encourage more people to come over,” said Satha-Sambo in an earlier interview with How we made it in Africa.

“I think a lot of people do not come to Malawi because they do not know the number of destinations we have to offer. But with the Lonely Planet guide ranking it at number five, it’s a big accolade and I think it will give people the confidence that it is a place worth travelling to.”