Lonely Planet, the largest travel guide book publisher in the world, has recently listed Malawi as the fifth top country in the world for travellers in 2014 in its latest Best in Travel series. The annual ranking is produced as a guide for the top 10 destinations and experiences for the upcoming year. 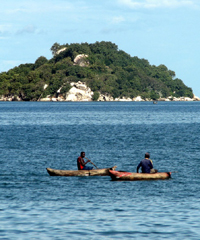 Lonely Planet has ranked Malawi as the fifth top country to visit next year.

The only other African country to make the list was the Seychelles, at seventh place due to the destination becoming “wallet-friendlier” to budget travellers seeking a paradise holiday, according to Lonely Planet. Brazil took first place on the list of countries to visit next year, with the country hosting the 2014 Fifa Soccer World Cup.

Malawi made the top 10 list for countries to visit for a number of attractions. Its Majete Wildlife Reserve is said to offer an uncrowded game drive. With the introduction of lions to the reserve last year, Lonely Planet said travellers can see the Big Five of elephant, rhino, leopard, lion and buffalo “without the pesky four-wheel-drive scrum so common in Africa’s best-known parks”.

According to Rosebill Satha-Sambo, marketing manager at Ulendo Safaris, an African travel services operator based in Malawi, the national parks in Malawi are less populated than other reserves in countries such as Zambia, for example. She explained that this has a lot to do with the fact that the reserves are not as crowded with accommodation which means you are less likely to see other vehicles on a game drive.

“It’s like you are in the middle of this bush all by yourself, and you go on a game drive and you don’t see anybody,” Satha-Sambo told How we made it in Africa. “So it’s kind of like your private game reserve.”

Furthermore, accommodation in the Majete Wildlife Reserve caters for luxury, high-end and budget travellers. “The levels of accommodation are different but you still get the same experience,” said Satha-Sambo.

Lonely Planet also cited Lake Malawi as a feature for travellers visiting Malawi, with its beaches and islands offering tourists “high-visibility snorkelling”. Mount Mulanje “for a hike over hazy peaks in an otherworldly moonscape” and Viphya Plateau, “a haunting wilderness of grasslands and whaleback hills that feels downright prehistoric”, were also highlighted as places to see by Lonely Planet.

“I think that [Malawi] will get more on the radar with people who probably haven’t heard of Malawi apart from Madonna adopting kids, and I think it will encourage more people to come over,” said Satha-Sambo. “I think a lot of people do not come to Malawi because they do not know the number of destinations we have to offer. But with the Lonely Planet guide ranking it at number five, it’s a big accolade and I think it will give people the confidence that it is a place worth travelling to.”

Know before you go

The World Economic Forum’s Travel & Tourism Competitiveness Report 2013 assesses 140 economies worldwide based on a number of factors affecting the attractiveness of the travel and tourism sector in a country. The index ranks Malawi’s travel and tourism sector at 124th place out of 140 economies globally, and at 19 out of the 31 countries assessed in sub-Saharan Africa. In terms of the country’s natural resources for tourists, Malawi was ranked at 36 out of 140 countries globally. However, the country’s overall ranking was brought down due to a poor rating in its transport and ICT infrastructure.

When asked what tourists should know about travelling to Malawi, Satha-Sambo provided three points:

Firstly, citizens of many countries around the world including Africa do not require a visa. “They get a tourist visa on arrival,” she explained. “There are some like the Scandinavian countries [Norway], where you need to [apply for a visa in advance] but for most European countries you don’t.”

Unlike some African countries such as Ghana, you do not require a yellow fever vaccination and certificate to visit Malawi, unless you are coming from a yellow fever-infected area.

“And the third thing is it’s one of the safest countries in Africa. We have never had any civil war. [The people] are known for generous smiles… and we have a female president,” concluded Satha-Sambo.

Lonely Planet’s Best in Travel 2014 also ranked Victoria Falls in Zimbabwe as the sixth top 10 region to visit in 2014, and Cape Town in South Africa as the third top 10 city to visit next year.