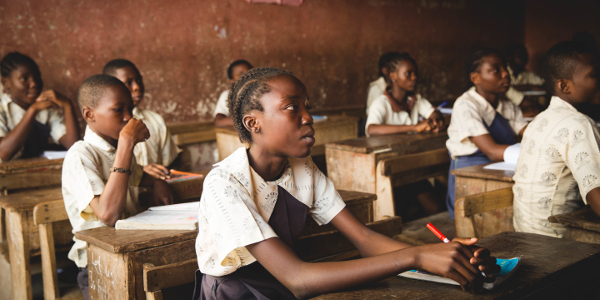 Corporations and their partner foundations, supported by international organisations, financiers and bankers, as well as individual investors are transforming education across Africa – from a government responsibility and social right to a series of investment opportunities.

They say their reforms are designed to increase educational equity and achieve higher standards. Where possible they seek out local community support, but the underlying motivation behind corporate educational reform is extending the reach of free-market globalisation and business profits.

The corporate takeover and privatisation of education in sub-Saharan Africa has been sharply criticised by United Nations officials and advocates for investment in public education. In a 2015 statement, 190 education advocates from 91 countries called on governments in the developing world to stop education profiteers. They urged the World Bank to stop financing these efforts.

In May 2016, Kishore Singh, the United Nations special rapporteur on the right to education, described the outsourcing of public education in Liberia to an American corporation as “unprecedented at the scale currently being proposed” and said that it “violates Liberia’s legal and moral obligations”.

Singh voiced his deep concern over the fact that some governments were actively encouraging private basic education, emphasising, “Now more than ever, governments should be expanding public educational opportunities for the marginalised groups, especially children from poor families.”

A recent report by the Global Initiative for Economic, Social and Cultural Rights examined the impact of privatisation of schools in Kenya. Among its findings was that privatisation of education is growing “at an alarming rate”, without a corresponding monitoring and regulation by the state. In addition, the report stated that the government was encouraging the growth of private schools through the enactment of favourable policies. It added that the increasing number of private actors in education is leading to sharp inequalities and segregation in the Kenyan society.

Another recent study of the privatisation experience in Nigeria had similar findings. The authors, all professors at the University of Ibadan, remarked that while the growth of private education had produced positive effects such as improved workers’ welfare, greater community participation and widening access to education, it had also enabled the proliferation of unapproved and unregistered schools.

While providing wider access to education for children, private schools are often criticised for mortgaging education.

The World Bank has promoted a free-market fundamentalist model of education throughout the world since the 1980s, writes Shaun Whittaker, in an article published in The Namibian titled ‘Our education crisis and the World Bank’. “This paradigm will dominate the global education debates for many years to come,” he writes.

Studies by the Bank of Namibia’s educational programme revealed a transaction perspective in which education is not regarded as a basic right, but as something that “should be evaluated according to its contribution to the economy”, Whittaker observed.

The matriculation results of 2012 reveal that Namibia is burdened with a two-tier education system, says Whittaker: one tier, for the elite, is well resourced and privatised, while the second stream, for the majority, is under-resourced and public.

Not unexpectedly, this view of education is not shared by all. The New York-based Africa American Institute, in its State of Education in Africa report, places the blame squarely on the failure of governments to adequately fund education programmes and sees private schools as charitable and coming to the rescue.

“While more students are in school classrooms,” notes the report, “there is a deeper learning crisis at play: many students are not gaining basic skills while attending school.”

Consequently, according to the report, the quality of education in Africa is in a perilous state. Private institutions are increasingly stepping in to educate children who lack access to an education and to fill the gaps in a country’s public education system.

“The rise in private schools should not be seen as negative, but instead as a viable alternative to a failing public education system,” the report says.

A recent investigative piece in The Conversation, an online nonprofit website that covers commentary and debate on issues affecting the world, looked at the weaknesses of public education in Kenya.

Kenya’s public schools are facing huge challenges. In some parts of the country, between 80 and 100 children are crammed into a single classroom. Almost four out of 10 children are not literate or numerate at the Grade 2 level, a full two to three years after they should be.

In sharp contrast, private schooling, which Kenyans used to view as an unnecessary expense, has risen to be seen as the gold standard of education for wealthy, middle-class and poor families alike, who believe that elite schools offer holistic learning that emphasises values such as leadership and self-confidence, preparing the learners for bigger roles later in life.

A summary of the investment capital moving into education was provided in a recent issue of Africa Capital Digest. It mentioned ABO Capital, an Angolan investment firm that acquired Complexo Escolar Privado Internacional in Benfica, a suburb south of Luanda, and AfricInvest, an Africa-focused midmarket private equity firm that is backing the International Community School (ICS) in a preferential share deal.

ICS was founded in 2000 and has grown to be one of the leading private K-12 schools in Ghana. Today the company operates three campuses and teaches over 1,200 students in the cities of Kumasi and Accra.

Further details of the burgeoning investments were revealed in Gulf News Banking last month showing that Centum Investments and Investbridge Capital were embarking on the development of a US$16m, 2,000-student school with the acquisition of 20 acres in Kenya’s Kiambu County.

The school is scheduled to open its doors to pupils in September 2018. According to reports, Centum and Investbridge will each hold a 40% stake in the project, with the SABIS Network – a global education network that has a significant presence in the UAE – retaining the 20% balance of the ownership.

The tripartite consortium will be responsible for the acquisition and development of a network of schools across Africa, which will be operated as part of the SABIS Network. They plan to build more than 20 schools in Africa over the next three to five years, with the cost of each school ranging between $20m and $30m. The investors have identified Kenya as the target country for its first school, with other East African markets such as Uganda and Tanzania to follow, as well as further expansion in Egypt.

Investbridge said there is growing interest from a mature class of generational investors from the Middle East and around the world to invest in education sector opportunities in Africa.

In the latest report by Caerus Capital – The business of education in Africa – the group predicts, “In the next five years, an additional 25 million children are expected to join private institutions, so that one in four children, from all sorts of backgrounds, will be enrolled in private schools by 2021”, creating an “enormous opportunity for investors: $16bn-$18bn over the next five years”.