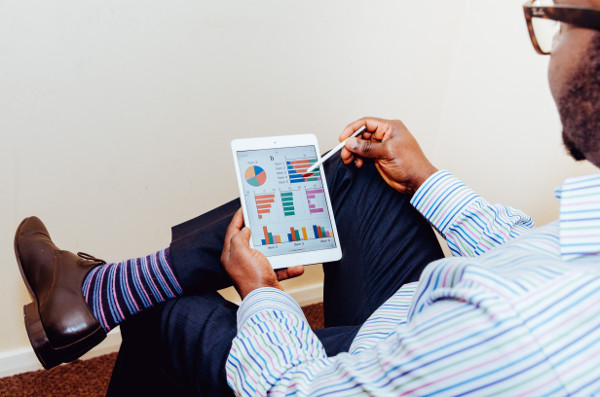 This article was written by Investec.

Despite the hurdles, opportunities abound in Africa for private equity – but innovation and a long-term approach are needed.

The African continent has opened up significantly in recent years as a destination for investors. After decades of turmoil and economic mismanagement, many African governments have worked hard at reforming their economies and financial systems, reforms that have led to a general rise in incomes and more attractive markets for foreign investors.

The growth of economies like China and India has also contributed to a rise in demand for commodities, providing an impetus to growth on the continent. There is potential for the continent to grow further, both as consumer demand grows and as investment in infrastructure rises.

While Chinese investment has grabbed the headlines throughout much of sub-Saharan Africa, many other countries, such as Turkey and India, have also increased their diplomatic and business presence. This could result in foreign direct investment continuing to rise, with capex channelled into public sector infrastructure and private sector developments. This may create a virtuous cycle of improved incomes and living standards, which should fuel opportunities in the domestic economies and export sectors alike.

However, liquidity remains a challenge for many foreign investors. Apart from the Johannesburg Stock Exchange (JSE), most of the exchanges suffer from low turnover, making this a hurdle for global investors to take up stakes in locally listed companies.

Furthermore, many locally-focused businesses prefer to remain private, so many sectors in the economy remain underrepresented on their countries’ exchanges.

Foreign direct investment has grown over the last 20 years, though much of this has been by large multinationals or development finance institutions, either into infrastructure projects or in mining, energy and telecoms. Few locally listed companies have benefited directly from this.

According to data from the African Private Equity and Venture Capital Association (AVCA), there were 186 private equity deals in 2018. Compared with 158 deals in 2014 and 2015, this represents a steady increase over the last few years, though still below the 196 deals done in 2013.

Despite the increase in the number of deals in recent years, the total deal values have been on a downward trend in recent years. The total value of private equity deals across Africa last year was $3.5 billion, from $3.9 billion in 2017 and $4 billion in 2016 – and well down from $7.8 billion in 2014. The median size of deals is between $6 million and $8 million, which are small amounts by global standards.

Similarly the amounts raised to invest in Africa, by limited partners such as pension funds, are also volatile. $2.7 billion was raised in 2018, from $2.4 billion in 2017 – though both are below the amount raised in 2015 ($4.5 billion), according to AVCA.

Can private equity gain traction in the region and contribute to the continent’s growth?

According to Grant Crosby, Investec’s head of fund finance for emerging markets, the fundraising environment in sub-Saharan Africa has slowed as investors continue to commit to developed market funds, a function of their relative outperformance of late. In addition, the high profile failure of the $14 billion Dubai-based Abraaj private equity fund last year on allegations of fraudulent misuse of funds, has also affected sentiment. Abraaj was a major investor in sub-Saharan Africa and counted among its investors the Bill and Melinda Gates Foundation and the International Finance Corporation.

However there is clear potential in Africa for those prepared to take a longer-term view, says Crosby. The deepening of capital markets in the region, increases in infrastructure investment, growing consumer markets and recent higher commodity prices, all present opportunities for investors to generate returns.

Crosby argues that the historical underuse of fund leverage in the region is also an opportunity for funds, particularly if they are prepared to use innovative structures to mitigate currency risk.

“The sector has a long way to go, but a combination of improving macro and structural issues and innovations should lead to an invigoration of the sector,” says Crosby.

Chetan Jeeva, Investec’s head of specialised finance (Africa), comments that a portfolio approach is required, that takes into account the different legal, business and cultural dynamics in different countries in sub-Saharan Africa.

“There are idiosyncrasies in each economy, from the way business is done, to the way one funds,” he points out.

Jeeva says it’s often a case of finding lending opportunities that can grow into private equity funding further down the line. Notwithstanding the differences between countries, Jeeva says one often finds that industries like FMCG or technology are dominated by family-owned businesses, with their own, often opaque, ways of doing business. An equity partnership with outside shareholders may not always be attractive for these businesses, he points out.

“However they may well be willing to fund their expansion plans by using debt. By providing innovative lending solutions, one can hopefully plant the seed for private equity down the line,” he says.

Again, this requires a patient, long-term take on doing business in the region.