The Pizza Hut restaurant brand has returned to South Africa, with the first outlet expected to open in Johannesburg next week. 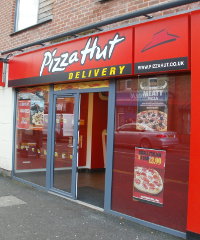 Pizza Hut is expected to open in Johannesburg next week.

Pizza Hut is owned by US restaurant group Yum! Brands, which is also the company behind KFC and Taco Bell.

A Yum! corporate communications manager confirmed to How we made it in Africa on Sunday that the Pizza Hut outlet at the Honeydew Village Shopping Centre will open for the public on 18 September.

In Africa, Pizza Hut already has a presence in Egypt, Morocco and Mauritius.

Increasingly busy lifestyles and rising incomes are driving the growth of quick service restaurants in Africa.

KFC already has hundreds of stores in South Africa. Over the past few years KFC has also expanded north of South Africa’s borders into countries such as Angola, Nigeria, Malawi, Kenya and Zambia, to name a few.

Famous Brands, the South African quick service and casual dining restaurant franchisor, has grown its Steers and Debonairs brands throughout the continent. Last year the company also acquired the Mr Bigg’s franchise, which has a presence in Nigeria and Ghana. Mr Bigg’s is the largest food franchise brand in Africa, excluding South Africa. About 25,000 pieces of chicken are sold in its restaurants daily.

In April Johannesburg Stock Exchange-listed Taste Holdings announced it is bringing Domino’s Pizza to Southern Africa. Domino’s is one of the world’s largest pizza delivery companies, with over 10,800 outlets in more than 70 countries. The deal has however run into legal complications. Domino’s already has a footprint in Nigeria.