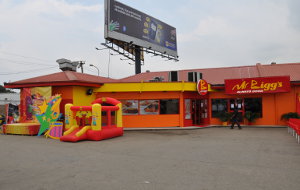 UACR owns the Mr Bigg’s fast food brand, with a product offering ranging from pastries and other snacks to burgers and hot meals.

According to a statement released by Famous Brands, Mr Bigg’s is the largest food franchise brand in Africa, excluding South Africa. About 25,000 pieces of chicken are sold in Mr Bigg’s restaurants daily.

UACR has over 155 franchised restaurants across Nigeria and Ghana. The company also operates a small logistics and manufacturing component.

According to Famous Brands chief executive Kevin Hedderwick, the transaction will have benefits for both parties. “UACR will be vending in a formidable brand (Mr Bigg’s), local expertise and existing franchisees, as well as a nationwide distribution network and Lagos-based manufacturing infrastructure. In exchange, Famous Brands will add value to the business through our expertise in managing intellectual property, growing brands and optimising supply chain operations and efficiencies,” Hedderwick said.

Famous Brands owns well known South African chains such as Steers, Debonairs Pizza, Wimpy and Mugg & Bean, to name a few. It already has a presence in a number of African countries.

“Future consumer expenditure is underpinned by a range of key drivers, including higher monthly income levels resulting from GDP expansion, an increase in the minimum wage, and a shift in social class demographics, with the middle class expected to increase to 35% of the population in 2015 compared to 30% in 2009. Significantly, this middle class comprises a large, young population with an average age of 18,” commented Ettah.