The African continent is at a major crossroads in its quest for sustainable economic development. With a chequered history of colonialism, apartheid, and misrule amidst plenty of natural resources, the continent must chart and follow new, innovative and sustainable development pathways to cope with current and emerging socio-economic and environmental challenges in a globalised economy. To meet the growing economic aspirations and overall well-being of its people, the role of trade is critical, but this requires a major paradigm shift in the way Africa does business within and with the rest of the world. This means moving away from the history and legacy of relying largely on foreign aid and export of raw materials to a new era of negotiated and mutually beneficial economic partnerships and trade. It also requires strong and sustained investments in both infrastructure and Africa’s innovation system, including research. 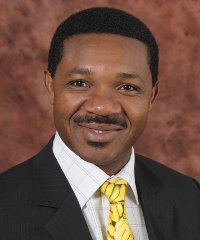 This is certainly an exciting time for Africa. When I left Nigeria about 21 years ago to New Zealand in search of further education, the continent was replete with military misrule, squandering of national wealth, apartheid in parts of southern Africa, war and famine in parts of east Africa. The few spots of democracy were characterised by despicable corruption, dictatorships and rampant human rights abuses. There were much more. HIV/AIDS had emerged as the curse that would (nearly) decimate the population of many communities and render millions of others economically unproductive, thereby escalating the socio-economic burden on families and their communities. The majority of leaders plundered their nations’ wealth and stashed them away in foreign banks, while overseeing the collapse of infrastructure, weakening of the institutions of government and a cycle of perpetual foreign debt servicing. The situation was dire and there seemed to be no way out of the socio-economic and geo-political quagmire. Africa became synonymous with the term ‘the dark continent’ – hapless, helpless and hopeless!

The century of misrule and dependence on foreign aid

In response, the friends of Africa from the rich North and other developed countries poured in billions of dollars in aid, some of which were siphoned to prop and maintain corrupt and illegitimate governments. To many a donor, it was a case of maintaining constructive engagement and strategic national interests by dealing with such debauched governments in parts of Africa. After all, there were strategic economic interests in Africa: the waning ideologies of the ‘cold war’ and access to the abundant natural resources – crude oil and gas, minerals, forest and agricultural raw materials like cocoa.

Meanwhile, as people yearned for progress in good governance, strong democratic institutions, peace and prosperity, they were rewarded with bad leadership and plundering of Africa’s natural resources under the watch of its leaders. The decades of socio-economic opportunities lost to military madness and mismanagement in Nigeria, civil war and famine in Ethiopia, civil war in the DRC, genocide in Rwanda, civil war and anarchy in Somalia, apartheid rule in South Africa, and total economic collapse in Zimbabwe, are just a few examples of the horror witnessed by many Africans during the most part of the recent century. A wasted century in many respects some might argue.

Two decades ago the only hope for change in many newly independent nations in Africa seemed to be another stratocracy through a cycle of assassinations and overthrow of governments, often replacing bad leaders with the worst, albeit in new khaki and camouflage uniforms. Many leaders in civil society – religious, business, academics and the like – were all too happy and content with ushering in these military governments and even accepting appointments in the Supreme Military Councils of the day and other organs of government. To some, such appointees were just mere puppets, sycophants and opportunists who followed military command in the guise of service to the nation. In concert with either military or civilian dictators who ruled, they sold out their conscience and thereto, a big chunk of the life of Africa. It was just a hopeless vicious cycle of misrule, corruption, incompetence, betrayal and wanton abuse of people and the soul of the continent.