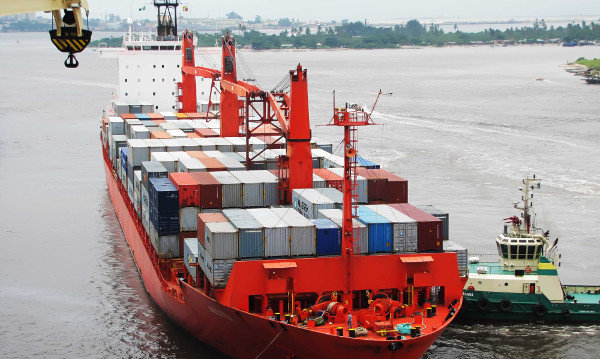 Something has gone wrong in the worldwide conversation about global trade. There is talk of trade wars; tariffs are being raised; non-tariff barriers are made tougher. It seems as if our world has forgotten a few fundamental economic facts.

Fact one: global trade has lifted large parts of the world out of poverty; it has brought prosperity to many developing economies and given hundreds of millions, if not billions, of people access to jobs, better education and healthcare. Countless children who once would have been born into a life of poverty are now growing up in the knowledge that they have a future.

Of course, I’m the first to acknowledge that the global trading system is not perfect; economic disruption is never smooth. Overall though, trade has been extremely good to the world. Whenever I visit China, India, Vietnam, Brazil, Mexico, nations all across the Middle East and any country beyond, I see the evidence: global trade has transformed these countries and the lives of their citizens for the better.

However, a quick glance at the flows of global trade shows that Africa is missing out – even though it’s a continent with significant natural resources, a young and eager workforce, and in desperate need for prosperity.

Right now, Africa’s GDP grows at a rate of around 3.5%; and this is set to rise to 4.1% in 2020. That is slower than other emerging economies and not even close to what would give Africa’s governments the resources they need to fight poverty and youth unemployment.

It’s especially disappointing given the rapid rise in “South-South” trade between developing economies, which we at DP World have experienced first-hand for several years now. There are several huge success stories like Rwanda, but overall Africa is not gaining the traction that by rights it should.

Still, I’m optimistic and certain that Africa will benefit from this economic shift, provided both the continent’s governments and its investment partners get four challenges right.

Worries about corruption, governance and security of contracts are top of the list for most investors. I believe in zero tolerance when it comes to corruption. To tackle the problem, African countries need transparency, accountability and an active civil society. When it comes to the detail, our teams at DP World often find that it’s simple technological solutions that make it possible to clamp down on dubious practices – like tamper-proof shipping containers that are always traceable and instantly alert their owners when they have been opened without authorisation.

Trade barriers and tariffs used to be the bane of Africa’s economies, so I’m pleased that Africa now has a tight patchwork of overlapping customs unions and free trade areas. However, implementation is not always happening as fast as the economic need requires. Africa’s nations must create the transport and logistics infrastructure that’s needed to bring these free trade agreements to life because, without them, Africa will continue to have the lowest percentage of intra-regional trade in the world.

Still, overall the continent is on the right track. The African Continental Free Trade Area (AfCFTA) is set to become the world’s largest free trade area, with a single market that straddles economies with a combined GDP of $3 trillion.

The Achilles Heel of Africa’s economic potential, however, is – unsurprisingly – the continent’s lack of infrastructure. It doesn’t help that Africa is home to 16 landlocked countries. Without roads, railways, ports, free trade zones and all the other moving parts of modern logistics in place, there simply will not be sufficient investment to create the local industries and jobs that Africa desperately needs.

Consumers also suffer. Right now, moving a box from an African port to a city in a country further inland can cost five times as much as moving it from the Far East to Africa itself. On average, poor transport infrastructure adds 30-40% to the cost of goods traded among African countries.

The continent needs an extensive network of integrated logistics infrastructure, with corridors that connect landlocked regions with the coast and beyond, bolstered by world-class digital and physical infrastructure. We at DP World know from experience that ports and free zones are vital to turbocharge the growth of emerging economies like those in Africa. Dubai, Ecuador and others are testament to that.

To make it happen will always involve clashes between local norms and safety culture on the one side, and international standards on the other. There is a lot of expertise that can be shared, to everybody’s benefit.

Suhail Albanna, who runs our operations in Africa, recently took me through a few of these challenges – from introducing transparent systems that move away from cash and handwritten invoices; to making basic safety equipment like high-viz vests and helmets mandatory. The result is not just a huge increase in the volume of trade, while dramatically reducing the waiting times for vessels, but hundreds more jobs that pay better, more local purchasing, healthcare and skills training for the local community, and a more than 200% increase in taxes paid to government.

The fourth challenge is how African countries will handle the rapid increase in foreign direct investment that’s coming to the continent. It’s great to see all this money coming in, but I’m deeply concerned about whether all these investments have been set up in a way so that they truly deliver long-term benefits. Some of the new investment models offered to Africa could trap some countries (and other developing nations on other continents) in a new cycle of debt (and Africa’s overall debt is already rising) or – even worse – result in the loss of strategic assets.

Huge opportunities are waiting to be unlocked in Africa. Trade with Africa must go beyond extracting commodities from the continent and selling finished goods in return. For Africa to flourish, foreign investors must help homegrown businesses to become manufacturers and exporters themselves.