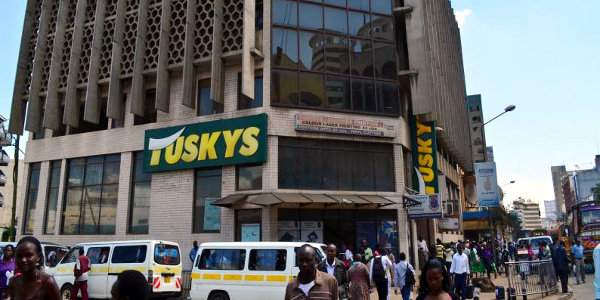 Kenya’s second-largest retailer Tusker Mattresses (Tuskys) will start piloting a franchising model “very soon” as part of a strategy to expand its footprint.

Established in the early 1980s, the family-owned supermarket chain operates 52 stores in Kenya and seven in Uganda. When it started opening outlets in the capital Nairobi in the 1990s, Tuskys focused on setting up shops at bus termini. People who rely on public transport would do their shopping at Tuskys, then catch the bus home.

Now, Tuskys wants to be even closer to customers with its franchising model that will see small independent shops rebrand and trade as Tuskys outlets.

“There is someone who is running a successful retail business in Kibera (an informal settlement in Nairobi) and all they need is a bit of support to make their business more modern, support to access a wider range of products from manufacturers, and to better engage with customers. We can give that to the retailer as a package and make some money out of it, and the retailer also gets to expand their business,” says Tuskys CEO Dan Githua.

Kenya’s supermarket industry is dominated by four homegrown players – Nakumatt, Tuskys, Naivas and Uchumi. Currently, none of these have adopted franchising. Githua says Tuskys will initially roll out five stores as a pilot, before adopting a wider franchising business model.

“We will go to somebody who has a shop which we can see is successful, is well-served, has nice space and is in a good location, and we will give them a value proposition. We will brand the store Tuskys. If he doesn’t have freezers we will give them nice freezers. If he doesn’t bake bread, we introduce Tuskys bread in the store,” says Githua. “We will have a unit that will ensure all franchisees maintain standards – the cleanliness, product availability [and] the hospitality of the people working there.”

“It is extremely expensive to put up a store and it takes typically four years. You identify a site, you look for the owner, you negotiate, you get financing, they finish construction…. We could cut that from four years to three months by franchising and what we are doing with Shell,” says Githua. “We are opening 12 more stores this year [at Shell service stations]. It wouldn’t otherwise be possible to do that many stores in one year. We need to cover the rest of Kenya [and] if we go at the pace that we have gone for the last 25 years it may take us too long.”

Franchising makes business sense for Tuskys, but Githua says there is another motivation behind it.

“The story of Tuskys is a story of successful local entrepreneurship [and] we want to keep that story alive. The founder of Tuskys started with a small kiosk somewhere in Nakuru (about 160km from Nairobi). What made him successful is that he identified partners who gave him support to grow the business. There is someone in Kibera who has all the skills of an entrepreneur but until someone holds his hand he will never be what the Tuskys founder became. We feel we have a responsibility to society to help other entrepreneurs.”

Transitioning informal shops into legally-recognised entities will also benefit the country. The stores will now be taxed by authorities and employees will enjoy some benefits an informal employer cannot offer.

Although the supermarket business is highly competitive in Kenya, and more so in Nairobi, Githua says there is significant room for growth.

Kenya is estimated to have more than 120,000 informal shops that mostly stock fast-moving consumer goods. It is these stores, located in suburbs and in rural areas, that often serve the needs of shoppers who are not close to a formal retailer. These shops thrive due to their close proximity to customers, but also because they sell goods in smaller quantities and offer credit to loyal customers.

“We have just about 30% formal retail penetration in Kenya,” says Githua. “Access is the biggest issue. The nearest shop to me is not a formal retailer, but it gives me convenience. The only way we convert the 70% market into formal retail is by taking shops closer to people.”