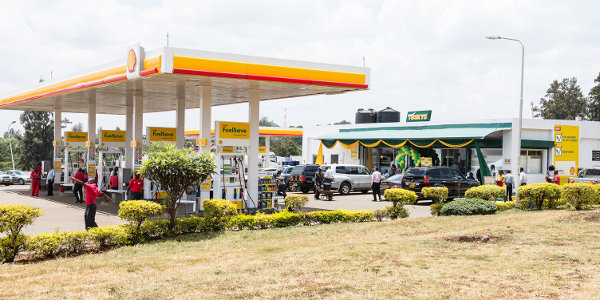 Vivo Energy, the Shell licensee in Kenya, has boosted customer loyalty and seen an increase in fuel sales by revamping the convenience stores at its service stations.

“There was a very negative perception that we were always over-priced, not well merchandised and not well stocked. There was really no focus on what was happening within those spaces. The real estate existed but it was underutilised.”

“We got a very good response from the market. It really proved this was the way to go,” says Gatome.

Vivo has since also attracted other retail partners such as coffee chain Java House, local pharmacy Haltons, American restaurant franchise Subway, and Innscor Africa – which operates restaurant brands such as Chicken Inn, Pizza Inn and Galito’s. It also partnered with mobile money service providers and banks to have ATM services at some of its fuel stations.

The new convenience retail strategy has been a game changer for the company. In Mountain View, a high-income suburb in Nairobi, it recently opened a Tuskys convenience store which led to a significant increase in fuel sales.

“On the day we were officially launching the Tuskys shop we delivered a fuel truck just before the ceremony started and by the end of the day the fuel was gone. We had to quickly schedule another fuel truck for that site,” says Gatome.

“On another site where we opened the first Innscor outlet, the volumes grew by over 50%. There is good response from the market because now we have made it a destination.”

For Gatome it is not a problem if customers go to a Shell service station simply to have coffee at Java, or buy milk at Tuskys – and not purchase any fuel or lubricants. She says there is an income sharing arrangement with some retailers, and it is also a “recruitment” strategy for the future.

“Once you have created a destination, the nannies and the college-going kids will stroll in and buy something and go back home. But the people sending them will drive in some day to buy fuel, plus groceries. And when that college student buys a car, we want them to think of Shell as their preferred point of fueling. We want to serve everybody, current and future customers.”

“Convenience retail is a critical strategy for Vivo. It creates loyalty, more people are visiting the services stations – and at the end of the day that impacts on the bottom-line,” notes Gatome.

“People have limited time, and because of traffic no one wants to go out of their way to shop or eat at a mall. Within the mall you have to walk through a lot of clutter, things that you have no interest in. Ours is very focused, and easier to access.”

Pricing needs to be right

But however convenient, Vivo has learnt customers are put off if there is a mark-up on the prices of what these retailers and restaurants normally charge. When it opened a Tuskys outlet in Uthiru, an area on the northwestern side of Nairobi, it hiked the prices by a few Kenyan shillings.

“Nobody would come in. They were not willing to pay any more on flour, sugar or bread than they would at any other Tuskys store. So now we comply with the same retail pricing.

“And in the non-regular products we don’t make big mark-ups. We had to sort out the pricing problem because otherwise you can be clean, stocked, well merchandised and nobody comes.”