Over the past 12 months How we made it in Africa featured numerous entrepreneurs doing interesting things on the continent. Below is a selection of our top interviews of the year. 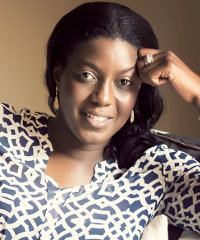 Zambian-born Monica Musonda had a successful 15 year career in corporate finance. She worked with one of Africa’s richest men, Aliko Dangote, as director of legal and corporate affairs at Dangote Group, where she led a project to build a cement plant in Zambia. Drawing from the experience and lessons acquired from working with Dangote in Nigeria, Musonda moved back home to Zambia to set up Java Foods. The firm manufactures the eeZee brand of instant noodles. Musonda told How we made it in Africa’s Dinfin Mulupi about her plans for Java, the opportunities in Africa and what she learnt from Dangote. Read the full interview.

Rebecca Enonchong is a tech entrepreneur who learnt that expanding into Africa is not without its sacrifices. She is the founder and CEO of AppsTech, a global provider of enterprise application solutions serving clients in more than 50 countries, and has been taking on the challenges in the African business environment for over 10 years now. Read the full interview.

Kenya’s hotel and restaurant sector is attracting local and foreign investment. US-based chain Naked Pizza is one of the latest international restaurant brands to enter the Kenyan market. The chain’s pizzas are “all-natural” and made from whole food ingredients. Former banker Ritesh Doshi told How we made it in Africa why he quit his job to bring the pizza franchise to Kenya. Read the full interview.

With a population of over 160 million and growing internet penetration, Nigeria has the potential to be a lucrative e-commerce market. However, for many Nigerians online shopping is still a new concept, and e-commerce firms need to do more than just copy what Amazon is doing in the West. One person who knows all about the unique challenges of the Nigerian market is Sim Shagaya, founder and CEO of online retailer Konga.com. Launched in July 2012, Konga sells everything from books to fridges to mobile phones. Read the full interview.

In 2003, 20 year old Rolf Mendelsohn arrived in war-torn Angola to start an internet service provider business called Internet Technologies Angola (ITA). After a civil war of nearly 30 years that ended in 2002, Angola had fallen behind in its development. The conflict destroyed much of the infrastructure and had a negative impact on business and the economy. More than 10 years later, Angola is still known for not being the easiest place to do business. Nevertheless, Mendelsohn and his partners have proven that it is possible to run a successful company in Angola. Kate Douglas chatted to Mendelsohn about his experience of doing business in Angola. Read the full interview.