In 2003, 20 year old Rolf Mendelsohn arrived in war-torn Angola to start an internet service provider business called Internet Technologies Angola (ITA). After a civil war of nearly 30 years that ended in 2002, Angola had fallen behind in its development. The conflict destroyed much of the infrastructure and had a negative impact on business and the economy. 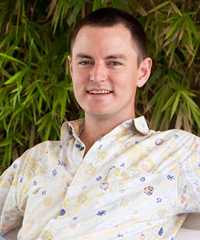 More than 10 years later, Angola is still known for not being the easiest place to do business. Nevertheless, Mendelsohn and his partners have proven that it is possible to run a successful company in Angola. How we made it in Africa chatted to Mendelsohn about his experience of doing business in Angola.

You started ITA at the age of 20 in post-war Angola, a country you had never lived in before. What sparked that decision?

Prior to ITA, Barney Harmse, Miles October (the other co-founders of ITA) and I were working at UUNET Namibia. UUNET went into Chapter 11 bankrupcy in the US and despite things going well in Namibia and the company growing rapidly it just became a really unpleasant environment to work in and we just couldn’t get things done, get new services activated and infrastructure built so we decided that we would start our own company. Angola was just next to Namibia; we knew that the war had just ended in 2002 and we also knew that there were a lot of opportunities so we decided to give it a go.

Miles October and I first arrived in Angola in February 2003 and we started off by living in a little construction camp in the south of Luanda with a company called Tesmi Angola, which was a Namibian-Angolan company. That is also how we got our foot in the door – we spent the first month doing market research and then started to look for some work. I think we got our first job after being here for six weeks and being down to US$100, which we still went and spent on a Friday night, and got our first small contract on the follow Monday morning. The following year Barney Harmse came up to join us in Luanda.

At the time it was really in its infancy, I mean there were very few telecommunications and internet services available and they were incredibly expensive and difficult to come by. Just as an example… Tesmi Angola at the time, I think, had a 32K dial-up line and they had their whole office network connected to this 32K dial-up line with about 20 people trying to run a consultant engineering company and you were lucky if you managed to get a regular email in and out, let alone an email with attachments. They had another three phone lines which were constantly occupied as well because cell phones had also just started here. So it was also a nightmare to try and get a phone line and to make a call, let alone an international call.

And today, has things improved?

Today it is very different. I mean there are a lot of internet service providers (ISPs), ourselves amongst them. I think there is about 12 or 13 different ISPs and telecom operators in Angola. There are lots of services, prices are coming down and the level of services is improving.

Describe some of the obstacles ITA faced when you started the business.

One of the big obstacles initially was to get the company registered. That took us around nine months and ended up costing us around US$10,000. When we started the process we went to see five or six different lawyers and we asked them all the same questions and they all had different answers. So that didn’t instil much confidence and is also part of the reason why we decided to do it by ourselves. Barney and I used to wake up at about 4:30am most mornings, drank plenty of coffee, smoked far too many cigarettes and started writing the company documents – which is basically your business plan, where you are going to invest, and in which towns and which provinces. It was quite a comprehensive dossier which we needed to compile in order to get the company registered. We then sent it off to Pretoria to be translated, and then we submitted it to ANIP and other departments. Miro Napoleao, our local partner at the time, used to run around to all the various departments chasing up the process. Eventually, after nine long months, the company ITA was finally fully registered.

Generally, do you think it is getting easier to do business in Angola?

Yes it is, because there is just a lot more available. Electricity is a lot more stable than it used to be a decade ago. Water is more reliable, although there are still power cuts and shortages of water. The roads are clean and most of the roads are tarred in Luanda. There is less corruption, especially amongst the police. In the past police used to stop you all over town for bribes before they would return your documents. There are many more international flights. There are plenty of companies and a wider variety of goods and services being offered, which makes it much easier to do business because the ‘ecosystem’ which you rely on is available and this means you no longer have to do everything under the sun ‘in-house’.

What would you attribute this improvement to?

Both the government and private investment as well as plenty of Chinese government loans and workers. The revenue generated from the oil sector is pumped into the general economy and various non-petrochemical sectors as well as feeding a large ecosystem of companies subcontracting for the oil sector. The main source of government revenue is still oil, but it is changing and diversifying somewhat. Construction is also a major part of the economy. There is a lot of mining and agriculture starting again and some tourism, fisheries and other commercial activities and industries. The catalyst for the rapid growth of the economy – and being able to afford all this infrastructure – is definitely oil.

What advice do you have for other companies looking to do business in Angola?

You definitely need to be willing to work hard. You are going to learn a lot of patience in Angola because it teaches anybody to be patient. You need to have a bit of an appetite for risk… and you just need to keep going and always have a good plan, a good backup plan and a good backup, backup plan. To sum up, the attitude you need is simple: work hard, play hard, sleep when you’re dead!