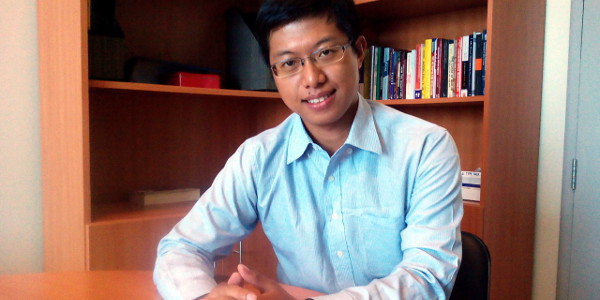 China’s influence in Africa has grown rapidly over the last decade. Although China’s economy is not growing as fast as it did in recent years, the Asian superpower remains quite visible in many parts of the continent.

“Chinese companies in Africa are these days looking to become more market oriented – they are no longer just looking at government deals. They are tweaking their products to be relevant to local demands and they care what the market thinks.

“It is a truly promising trend. Previously you would see Chinese companies import products that don’t bear a brand, and they didn’t care about having high brand value. But today they understand there is a sound middle class and a young consumer group that’ll pay for brand value. So these companies are now sourcing services from local providers in marketing, branding and communications, for instance,” Lu adds.

There are also more African-owned trading companies importing goods from China – from electronics to home furnishing materials. For example, Chinese imports to Kenya last year stood at Ksh.320bn (about $3bn) with mobile phones topping the list of goods imported.

The biggest challenges for African enterprises doing business with China, particularly those engaged in import and export, include financial constraints, language barriers and lack of trust.

“Local businesses that import goods from China struggle with these things. Chinese companies usually say, ‘put all the money upfront and I will send your goods afterwards’. And if they are buying from you they will demand you ship the goods first and when it arrives at a Chinese port then they will pay you. They are worried about fraud,” say Lu.

“What many local enterprises are not aware of is that in Kenya, for instance, there are at least 100 Chinese trading companies that sell a variety of goods from ceramics to household goods to CCTV cameras to electronics. If a local company doesn’t have the capacity to source directly from China, they could actually work with a Chinese trader company based here.”

There are also opportunities to sell to Chinese consumers in China using e-commerce platforms such as Alibaba.com and JD.com that have a huge following in China.

“At the moment African countries provide most value to the Chinese market in terms of agricultural produce. China is becoming an upper-middle income country and I can tell you people are not concerned about spending thousands and thousands of dollars on health and wellness. There is opportunity in things organic, natural and healthy,” says Lu.

He adds that wealthy consumers are willing to pay premium for products perceived to be superior, unique and exclusive.

“For example, right now Starbucks is a big player in China, but we are increasingly seeing people looking for really good single-origin coffee so now there is a new trend of boutique coffee houses. There are also a lot of classes about how to appreciate coffee and tea, and that is an opportunity for Africa. You can actually sell premium if you differentiate your coffee, tea, moringa seeds, or anything that has health benefits,” Lu explains.

But what do Chinese consumers think of ‘Made in Africa’ products?

“African products that position themselves in these lines will appeal to consumers. For example, you can talk about the history of Kenyan tea, why Kenyan tea is different from that in other markets, and also reinforce the fact that even consumers in Western markets like it. In fact, mentioning the Western association is important because young people in China appreciate Western culture and will resonate with products Western markets are consuming.”