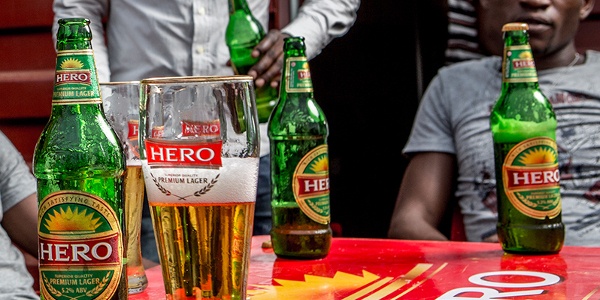 Anheuser-Busch InBev (AB InBev) is the world’s largest brewer – a position it further cemented when it acquired rival SABMiller (which has its origins in South Africa) in October 2016 for over US$100bn. The deal has given AB InBev access to SABMiller’s extensive African footprint.

Here are four plans the company has for the continent.

This year AB InBev plans to introduce its three leading global brands – Budweiser, Stella Artois and Corona – into the South African market. CEO Carlos Brito said these brands were already present in South Africa prior to the acquisition of SABMiller, “but on a very minimal scale because we had no access to distribution of scale. Now we have that.”

“Corona, in particular, had a very strong early trajectory. Brand awareness is growing, supported by a lot of experiential events. Just in the month of February we had a 5% brand awareness increase from 7% to 12% – a brand that has been in the market for one month… Stella will follow, and then Budweiser,” he said during a webinar on the firm’s first quarter results.

“In South Africa, we have a very solid portfolio… with local brands like Castle Lite… and now we are adding global brands on top of it. So it is going to be a very interesting portfolio to watch.”

South Africa already has a number of premium beers playing in the upper-end of the market – from craft brews to global brands such as Heineken and Guinness – but Brito said there is enough room for AB InBev’s international offerings to compete.

“We have a lot of good competition… And it is very exciting now to have our global brands in South Africa because that segment of the market was one where we were not competing. Now we are going to be competing big time. So yes, there is space for more brands there.”

The company has also introduced a number of packaging innovations with the aim to drive growth in at-home consumption. For example, it has upsized beer packs for various African brands – from the standard six-pack to an eight-pack. According to Brito, “demand was well ahead of expectations”. In addition, the brewer has converted the 440ml cans of all its mainstream beers in South Africa into 500ml cans.

AB InBev is also focusing on premium products for at-home consumption. This includes a “fridge pack” for its Castle Lite brand, where the packaging is adapted for easy storage in a refrigerator.

SABMiller entered Nigeria in 2009 and its Hero lager brand has performed well by leveraging off a positive association with the Igbo ethnic group, according to PwC. Despite recent economic challenges, AB InBev’s business in Nigeria recorded double digit growth over the last quarter and Brito said the firm is now looking to increase its local production capacity.

“We pretty much sell everything we can produce… We need more capacity in Nigeria.”

While the company is still in the planning phase – and needs to acquire permits to increase production lines at existing breweries or launch greenfield projects – Brito said the aim is to also brew global brands in the country.

“Nigeria cannot import beer. I mean the taxes are prohibitive so we have to produce locally… We don’t have global brands because you can’t import them, so you have to produce locally. So [increasing production] capacity will also be used for that – not only to continue to support the growth of the local brands, but also to enable our global brands to be present in that market as well.”

Last year Bloomberg reported that the AB InBev plans to cut 3% of its workforce in three years after its takeover of SABMiller – translating into about 5,500 positions globally. This forms part of the $1.4bn in annual savings that the company is seeking.

In December, the firm sent out a voluntary severance offer to more than 1,000 of its senior managers in South Africa. This was reportedly taken up by a higher-than-expected number of managers.