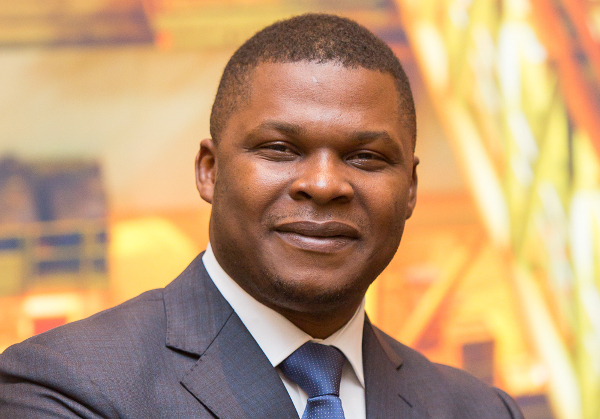 The Republic of the Congo has suffered dearly during the oil collapse, and Congolese President Denis Nguesso has pledged that the country would no longer be sitting on the sidelines – suffering the effects of global decision-making in the oil industry without a voice. In an official communiqué announcing the bid for Organisation of Petroleum Exporting Countries (OPEC) membership, he stated that he wished to “place our country in the rank of the world’s leaders”.

In January, officials from the Republic of Congo announced the country’s application for membership of OPEC. This is no small move. After years of challenges with the collapse in the price of oil, the Republic of Congo is emerging from this period with a renewed agenda, focused on becoming an active voice in the global stage, rather than a silent victim of international oil price swings.

For Congo, OPEC membership means greater access to information, partnerships, contacts and a voice at the decision-making table. But, perhaps more than ever, it is OPEC that is to benefit from the rise in African political voices, particularly that of Congo.

At nearly 2 billion barrels of crude oil of proven reserves in a vastly underexplored territory, Congo represents a sleeping giant amidst African oil producers. An improved business climate has brought profound benefits to the country’s oil industry. New developments by French oil company Total in Congolese territory are set to expand the country’s oil output from 280,000 barrels per day to 350,000 in 2018.

An enhanced sector outlook coupled with new discoveries and strong leadership by younger and more capable leaders is rapidly attracting the interest of investors across the world. The election of Thérésa Goma to the position of director general of hydrocarbons in March is an example of a change in mentality, as is the ascendance of Jean Marc Tchicaya to the position of hydrocarbons minister – a younger and more dynamic figure than any of his predecessors.

Brazzaville is the host city of the headquarters of the African Petroleum Producers Organisation, a club that has been gaining renewed relevance in recent years as African leaders search for intra-African cooperation on matters of energy. Further, Congo has also been expanding its bilateral relationships with the likes of Angola, Nigeria and Equatorial Guinea, moving towards a new policy of gas utilisation.

The entrance of Congo as an active voice in OPEC can bring a much stronger foothold for the Vienna-based organisation in the African oil circle, and reinforce its capability to coordinate production cuts and joint-strategies across the continent when necessary. For OPEC, this means greater representation, greater control over the world’s output, and in the end, greater power.

For Congo, the country will sit side-by-side with key oil giants, like Saudi Arabia and Venezuela; as well as Gabon, Angola, Nigeria and Equatorial Guinea, further reinforcing the strength of African voices amongst the cartel. It will be able to learn and contribute to policy and decision-making, and it will be ever more prepared to deal with the volatility of crude prices.

Congo’s bid for integration within the cartel also comes at a paramount moment for African foreign policy, as dependence in commodity prices and shifts in the international order have made ever more apparent the need for regional and intra-continental cooperation. African leaders are finally waking up to the fact that their international stand will not depend on the bilateral agreements they can reach with the likes of the US or China, but on their ability to cooperate and seek continent-wide agendas that can benefit Africa as a whole.

Let’s take a moment to look at Equatorial Guinea, and what this small nation has achieved in recent months with a change in foreign affairs strategy, with due credit given to the leadership of Gabriel Obiang Lima, Minister of Mines, Industry and Energy. Since it joined the OPEC in May 2017, Equatorial Guinea gained a de facto seat at the international negotiating table. Suddenly, a nation that produces around 130,000 barrels of crude per day (which is less than 2% of Saudi Arabia’s output), is given a say on international production cuts, price-managing strategies and access to a plethora of contacts and close partnerships that would otherwise be beyond its reach. It is no surprise that since then, Obiang Lima has been much more present in the press, speaking on behalf of his own nation but also as a member of the oil group. His main message is geared towards other sub-Saharan African oil producers, and it reads: “Join OPEC, make your voice count”.

Through initiatives like LNG2Africa and bilateral partnerships with many African counterparts, Equatorial Guinea has been pushing an African agenda in recent years that is based on the clear understanding that intra-African cooperation can have a profound impact in raising the continent’s profile in the international stage. Obiang Lima knows that a united African voice can be heard much louder than if he speaks for himself, and that African representation in OPEC can further boost the continent as a whole.

The successful results of the production cuts by OPEC have shown the cartel is regaining its stand in the international stage, demonstrating flexibility to the new market realities. Certainly, chief figure amongst all in the effort to bring sustainability to the international oil market was Mohammad Barkindo. The Nigerian Secretary General of OPEC spearheaded the landmark December 2016 agreement that saw the oil cartel and 11 non-OPEC members (including Equatorial Guinea at the time) sign on the cut down of 1.8 million barrels of crude oil per day (2% of global output), which has been extended until the end of 2018 and resulted in the progressive rising of crude oil to more sustainable prices that we witness today. When US President Donald Trump attacked OPEC recently for maintaining “artificially high prices”, his comments were met by a strong stand from Barkindo: “The Declaration of Cooperation entered into by 24 producing countries in December 2016 and implemented faithfully since 2017 has not only arrested the decline but rescued the oil industry from imminent collapse.” His statement is hard to argue with.

However, OPEC cannot sit idle on its own success. The need for coordination with several non-members for any global strategy to work also demonstrates how the organisation needs to secure a wider net and solidify its position in order to continue to reach its goals. Its agenda is aligned with that of African nations at a time when these players wish to have more control over the commodities they are so dependent on.

Congo’s move towards membership of OPEC is a major landmark step that should not only be greeted and celebrated by the cartel, but also be followed by other nations across the continent. As the world’s remaining frontier market for oil exploration, Africa is increasingly positioning itself as the linchpin region for the future of the world’s energy industry. African nations cannot afford to not be at the negotiating table when the great decisions about their future are made, neither can OPEC afford to keep them out.

NJ Ayuk is the founder and CEO of Centurion Law Group and the Africa Energy Chamber of Commerce.