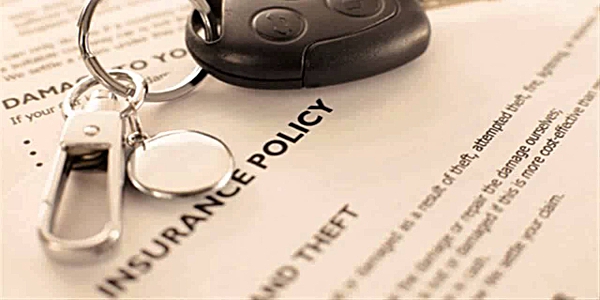 The Nigerian insurance industry represents a good opportunity for investors and it has attracted relatively large amounts of foreign private investment in recent years. The industry does, however, have some challenges to overcome. Similar to other financial industries such as banking and pensions, good governance and consumer education is needed to enable the industry to reach its full potential.

There’s no dispute that Nigeria is well placed for growth in a majority of its sectors due to its growing population; currently estimated to be 182 million and an emerging middle class driving economic activities. However, the Nigerian insurance sector is relatively small compared to its banking and formal pension savings industries, which are currently gaining significant traction.

The phenomenon of low insurance penetration is not unique to Nigeria as it is also prevalent in the rest of Africa excluding South Africa. Africa’s insurance industry is still in its developmental stage and RisCura’s Bright Africa 2015 report estimates that the assets under management totals approximately US$273bn, with the vast majority of these assets coming from South African insurance companies (85%). Across the world, 65% of insurance premiums written are contributed by the G7 economies, which only constitute 10% of the world’s population. In 2012, Africa’s contribution to all global premiums written was 1.55%, well below its portion of global GDP, and reflective of the under-penetration of insurance in Africa.

In isolation, Nigeria’s insurance penetration rate remains very low. The country recorded an insurance penetration rate of 0.4% in 2013 and the premiums per capita were only $10.8 in 2012, making it one of the lowest in the world; and consequently leaving the country with significant untapped potential for coverage within the life and non-life segments of the market.

Amidst this, the sector has recorded growth over the past seven years with asset values doubling to $3.57bn in 2014 from $1.74bn in 2007 and according to Fola Daniels of the National Insurance Commission (NAICOM), Nigeria currently has the second largest insurance industry in Africa following South Africa. The industry is expected to continue to gain further growth and the rate of insurance penetration is projected to also increase.

An example of how this growth will be achieved is the insurance of motor vehicles. Even though there are over seven million vehicles in the country, less than 14% of these are insured. The regulator, NAICOM, is hoping to attain coverage of 25% in the near future. This would represent growth of 11% for this particular segment of the industry.

For Nigeria’s insurance industry to grow, certain changes will be needed. Consumers need to be educated as to the life-changing security net that insurance can provide, as well as the rights and obligations that result from an insurance contract. From our research findings, it was discovered that the most common reasons for not having an insurance policy is “unawareness of its benefits”. The industry also needs effective regulations that are enforced, which will in turn build consumers’ trust in insurance. 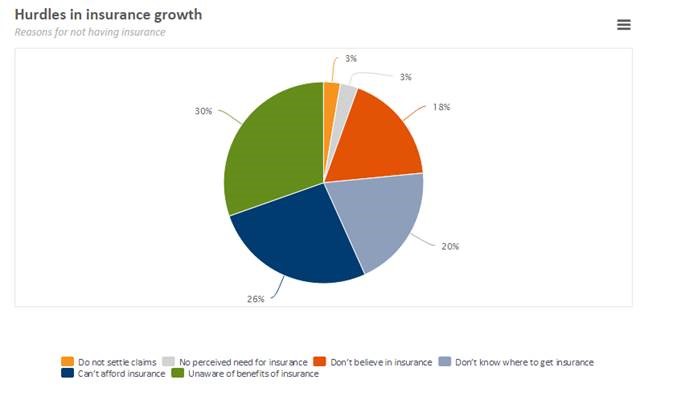 Nigeria’s insurance sector still has plenty of opportunities to explore within its traditional target market in the organised business environment. A majority of insurance products are currently targeted exclusively at the working population in the formal sector; who represent less than 40% of the country’s labour force, whereas the majority of workers are in the informal sector. Insurance products aimed at this market can be another significant unexplored opportunity for the industry. Initiatives such as micro-pensions could also be considered to cater to the needs of the lower-income earners who may not be able to afford pricey premiums.

Another avenue for growth of insurance in Nigeria is through the selling of annuity products to pensioners. An increasing number of pensioners are opting for this exit alternative, thereby growing insurance assets even further.

NAICOM has a strong determination to clean up and reinforce the insurance sector and combat adverse reports being circulated about the operations of its members. They plan to achieve this by encouraging transparency, improving investment and risk management among other reforms. This is expected to boost confidence in the industry and attract further foreign investment into the sector. We have started seeing such interests in the sector from international financial institutions such as AXA from France, who acquired a majority interest in Mansard Insurance in 2014.

It is therefore safe to say that the future of Nigeria’s insurance sector is bright. Further growth in premiums and assets under management should be a natural consequence of policy changes and their implementation by the regulator, coupled with the revitalisation of the players by the influx of fresh ideas and best practices by the foreign players. NAICOM’s goal to support the industry to grow to become Africa’s largest insurance player needs to be backed by clearly articulated actions in order to realise this opportunity for Nigeria and its people.