As an entrepreneur, 32-year-old chemistry graduate Jason Njoku achieved success in a most unlikely way: he is Africa’s largest distributor of Nigerian movies, and has raked in over $8 million since 2010, when he founded the company Iroko Partners. 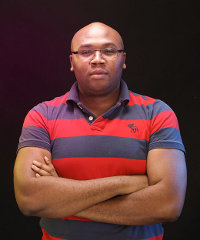 Jason Njoku is the founder of Iroko Partners, one of the world’s largest online distributors of Nollywood films.

In December 2012 he captivated an audience at a conference in Texas, United States, as he narrated the story of his success after failures in some other business ventures. Njoku currently has 71 employees in Lagos, London and New York, and often boasts that “these people are working for us in a country with 50% unemployment”. He was recently listed by Forbes, an American business magazine, as one of the top 10 young African millionaires to watch.

The Nigerian film industry is undoubtedly helping create jobs in a country with an economy that relies mainly on oil and agriculture. Over a million people are currently employed in the industry, making it the country’s largest employer after agriculture. Although Nigeria’s economy will grow by 7% this year, according to the African Development Bank, insufficient jobs for a growing youth population continue to be a huge concern.

The Nigerian film industry, also known as Nollywood, produces about 50 movies per week, second only to India’s Bollywood – more than Hollywood in the United States. Although its revenues are not on par with Bollywood’s and Hollywood’s, Nollywood still generates an impressive $590 million annually. Believing that if the industry is properly managed, a million more jobs could be created in the sector, the World Bank is currently assisting the Nigerian government to create a Growth and Employment in States project to support the entertainment industry, along with other industries.

Chioma Nwagboso, a World Bank finance and private sector specialist, says that the Bank understands the job creation potential of the Nigerian film industry and the need for a “fruitful export for the country”. Without initial support from the government, Nollywood propelled itself to the position it occupies today, and a little lift could take the industry to even greater heights, she adds.

Koïchiro Matsuura, former director-general of the United Nations Educational Scientific and Cultural Organisation (UNESCO), says that “film and video production are shining examples of how cultural industries, as vehicles of identity, values and meanings, can open the door to dialogue and understanding between peoples, but also to economic growth and development.” The African film industry is not only an entertainment industry; it is also a moneymaker. Film industry analysts believe that the Nigerian cinema is the most popular on the continent.

Nollywood films have a large following in Africa and among Africans around the world. They gained popularity during the digital revolution of the early 1990s when camcorders replaced 35-millimeter film cameras, and digital systems replaced celluloid as recording devices. At the time, while some parts of the world adapted to the new digital technology, Nigeria continued to use inexpensive VHS tapes and players that were easily accessible and affordable to consumers. Eventually film technology evolved as movies made on DVDs started to generate huge demand.