Nigeria has major unexploited coal resources. The government has recently placed a high priority on utilising these resources to increase Nigeria’s electricity generating capacity. Nigeria’s goal is to revitalise the coal mining industry and expand power generation by attracting companies to develop these large coal resources and construct coal-fired generating plants that will connect to the country’s electrical distribution grid.

There is also significant potential domestic demand for coal briquettes to replace wood for cooking and heating. The use of wood by the country’s growing population is causing increasingly rapid deforestation in many parts. 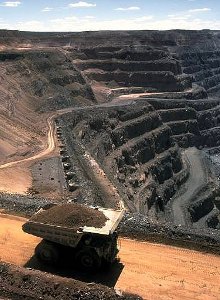 The domestic coal market is latently large. Besides the potential for power generation, Nigeria currently imports coals of various grades and qualities. There is also the potential for coal exports to countries such as China, Israel, Japan, Ghana, United States, Europe and India.

Nigerian coal has been found suitable for boiler fuel, production of high calorific gas, domestic heating, briquettes, formed coke and the manufacture of a wide range of chemicals including waxes, resins, adhesives and dyes. Their characteristic properties (low sulphur and ash content and low thermoplastic properties), make these sub-bituminous coals ideal for coal-fired electric plants. Some Nigerian coals can be used to produce formed-coke of metallurgical quality.

As a consequence of the privatisation drive by the government, the coal resources of Nigeria were delineated into 10 prospective blocks and placed for bidding by companies with proven financial and technical abilities. Nine of the blocks were bid for and won by four companies, one Nigerian and three foreign. Abundant opportunities abound in the area of partnering with the block winners with a view of mining the coal resources for power generation.

The Anambra Basin, located in south-eastern Nigeria, appears to contain the largest and most economically viable coal resources. The basin covers an area of approximately 1.5 million hectares and is constrained by the Niger River on the west, the Benue River on the north and the Enugu Escarpment on the east. The coal is predominantly in one seam that outcrops along the eastern side of the basin at the base of the Enugu Escarpment and dips gently towards the centre of the basin. Little is currently known about the coal resource potential on the western side of the basin along the east bank of the Niger River. However, coal outcroppings have been reported at Idah and Dekina on the north-western side of the basin.

Exploration within the basin is limited but there are four small coal mines in the eastern outcrops of the basin north-west of the city of Enugu and two smaller mines further north. In addition, shallow drill holes have been drilled to depths of 335 metres or less. Not all of these holes penetrated the main coal horizon. Only minor structural faults have been identified. Where the seam has been intercepted by drilling, the potentially mineable coal ranges in thickness from less than one metre to over 3.6 metres. A number of coal sections along the eastern outcrop have also been measured but in general these resources have not been sufficiently explored to define the potential proven reserves.

A study by Behre Dolbear & Company (USA), Inc. has subdivided the Anambra Coal Basin into seven coal mining districts, focusing on three that have been explored to a greater degree than the others. These have been defined as the Kogi, Benue (Orukpa-Ezimo) and Enugu Coal Districts. Each of these districts has two or more defined coal resource areas.

The Kogi Coal District, covering 225,000 hectares of the Anambra Coal Basin, lies on the north-eastern side of the basin. Two areas within the district have been explored to a limited degree. The more northern of the two areas, Ogboyoga, has the greatest amount of available drill data, where 27 holes have been drilled and cored and 15 separate measurements have been taken of outcrops of the main coal seam in stream drainages.

Behre Dolbear used the guidelines of the Australasian Code for Reporting of Exploration Results, Mineral Resources and Ore Reserves (also known as the JORC Code) to delineate a total of 123 million metric tonnes of coal underling an estimated 8,900 hectares. An additional 165 million tonnes of coal classed as non-reportable resource by the JORC Code definitions, is projected to lie in Ogboyoga area.

The coal thickness in this area is approximately two metres. The other area of interest is Okaba, the site of a small idle surface mine. Near Okaba, 17 core holes have been drilled, all of which intersected the main coal stream. No outcrop samples have been reported for this area. A total of 100 million tonnes of demonstrated coal (JORC) have been estimated to underlie 2,770 hectares in the Okaba area and an additional 435 million tonnes of non-reportable coal resource are projected to the west of existing drilling. In total the Kogi District is estimated to have a demonstrated coal resource of 223 million tonnes averaging 3.6 metres thick, which underlies 8,900 hectares (4%) of the district. The total non-reportable resources by JORC Code are 600 million tonnes.

The Benue Coal District, covering 175,000 hectares of the coal basin, is immediately south of the Kogi District along the eastern outcrop of the Anambra Basin. It also has two areas of interest. The more northern of the two, Orukpa, includes a small idle surface mine and a total of 11 drill holes. Six coal outcroppings have also been measured in streams in the area. Based on this data, Behre Dolbear estimates that a reportable coal resource of 81 million tonnes (demonstrated – JORC) exists along the outcrop. Another 117 million tonnes of non-reportable coal, as defined by the JORC Code, is projected to exist west of the existing drilling. The average coal thickness is 3.1 metres.

Immediately south of the Orukpa area is the Ezimo area. This area has limited exploration, with only four drill holes penetrating the main coal stream. Ten coal outcroppings have also been measured, not all of which have exposed the entire seam. Based upon this limited data, a total of 43 million tonnes of demonstrated coal resource have been projected for the Ezimo area. An additional 263 million tonnes of non-reportable coal resource is projected to exist west of the existing drilling. The average coal thickness in this area is also 3.1 metres. In total the Benue District (Orukpa-Ezimo) is estimated to have a demonstrated coal resource of 124 million tonnes, which underlies 4,700 hectares (3%) of the district. The total non-reportable resources, as defined in accordance with the JORC Code, are 380 million tonnes.

The Enugu Coal District, covering 270,000 hectares of the coal basin, is centred around Enugu City, south of the Benue District. It has supported the largest amount of commercial mining in the past. In addition to two underground mines, there are a total of 36 drill holes drilled in the area. Previous studies have estimated the demonstrated coal resource to be 49 million averaging 2.2 metres thick. An additional 111 million non-reportable of in place coal are inferred to exist west of the old mine workings.