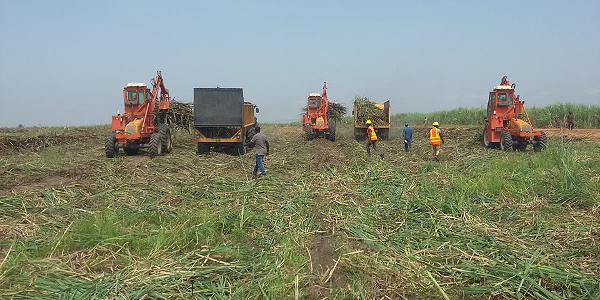 Upward movement in performance of Nigeria’s manufacturing, energy, retail and agriculture sectors mean that there are buds of growth starting to show.

Nigeria presents an interesting tale of seemingly opposites in the African growth agenda. Simultaneously taking pole position as the largest economy in Africa in 2016 and yet suffering from its worst recession in 25 years is indicative of both the ups and downs that the country’s economy has been through.

The last 24 months, in particular, have been difficult for the nation as an exodus of foreign direct investment (FDI) and assets took place prior to and at the time of the last presidential elections in February 2015. The country faced a liquidity crunch, with the Central Bank and Nigerian stock exchange both facing trials and the country’s reserves decreasing from over US$50bn to $20bn.

In line with these developments, foreign exchange suffered a blow. What impacted on this was that Nigeria has seven official and unofficial exchange rates from the official Central Bank rate to the parallel market or street rate – leading to market speculation.

As such, keeping foreign exchange and how its rates are determined under control comes with inherent challenges – and, as is to be expected, there have been considerable swings in the rates over the past 24 months. This has been marked by exchange rates that have ranged from between ₦305/$1 and ₦520/$1 at its lowest level on the street.

Also contributing to the crisis was overseas remittances – money sent from Nigerians living outside the country to citizens within its borders – which is the second-highest source of foreign exchange in Nigeria. Twenty million Nigerians living elsewhere in the world have a significant impact on spending power, particularly when those remittances come in the form of British pounds and US dollars. However, with the banks foreign exchange crisis in late 2015 and 2016 stemming from the unavailability of foreign exchange, that value fell considerably.

Despite the undoubted hardships the Nigerian economy and trade environment has struggled through over the past 24 months, there have in the last year been marked improvements that are driving a general consensus of a more positive outlook for the country.

Unpredictable commodity prices levelled out and even saw an upswing at the beginning of 2016 that continued throughout the year – and with the return of international banks providing additional credit lines to Nigerian banks to fund trade, an increase in FDI and a number of significant capital markets transactions such as the listing of the $1bn Federal Government (FGN) Eurobond on the Nigerian stock exchange in March 2017, there is growing evidence of a certain optimism in the country.

Upward movement in performance in the manufacturing, energy, retail and agriculture sectors mean that there are buds of growth starting to show. Dangote Cement, the largest cement producer across the continent, for instance, has in the last year built additional manufacturing plants in the country that have seen Nigeria stop importing cement at all – and, in fact, start exporting the product to the rest of Africa. Sales from its Nigerian operations increased by 13.8% in the last year.

This development speaks directly to the trend of a fundamental and ever-increasing move to local production. In retail, significant shelf space is taken up by Nigerian products from fresh produce right down to soap and toothpicks. Shoprite Nigeria even introduced its ‘Made in Nigeria’ campaign on 1 March this year to promote local producers; according to reports, over 80% of products in the retailer are locally made and sourced. “Made in Nigeria” now has a meaning and is not just a passing comment.

The shift to local was mostly driven by the lack of availability of foreign exchange through the Central Bank, and it essentially changed the economic focus of the country from importing to local production – noticeable too in agriculture, for example, where there is a concerted push towards domestic rice production, as well as export of agri commodities. Dangote Rice – a subsidiary of the Dangote Group, which also owns Dangote Cement – has plans to produce 225,000 metric tonnes of parboiled, milled white rice in 2017 alone and moving up to 1,000,000 metric tonnes over the next five years, satisfying 16% of the domestic market.

Overall, the difficulties of the past two years have caused the country to diversify its economy, making the move away from reliance on oil to industries such as manufacturing, agriculture and retail and driving growth by increasingly investing in local producers. Nigeria has over the years proven to be a resilient country – and with improved transparency between banks and international companies, greater regulation and an increasingly inclusive economy, the Nigerian good news story is slowly but surely starting to write a new chapter.

Charles Weller is the head of FI Trade Nigeria for Barclays Africa.