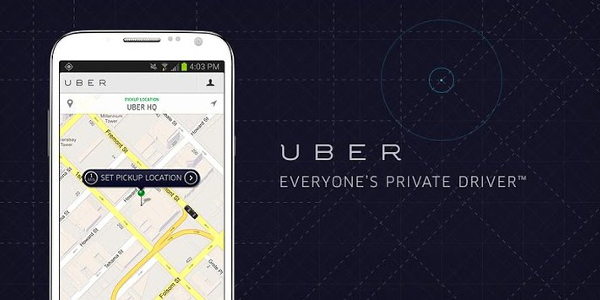 This year the mobile car-for-hire service Uber arrived in Kenya, and it’s beginning to generate some buzz.

But local Kenyan competition is stiff, and not everyone thinks Uber knows what it is getting itself into.

When Franklin Saiyalel first heard a new taxi company was setting up shop in Nairobi, where he runs a fashion business, he was more confused than excited.

“At first I didn’t get it,” he said. “I checked it out and it was all these fancy cars, so I didn’t get the concept – was it like a company that has cars? Then later on I found out there are people who actually rent out their cars. I didn’t get the whole concept.”

The company was Uber, which launched in Nairobi in January. Not the company’s first foray into sub-Saharan Africa, Uber also operates in South Africa and Nigeria.

But in Kenya, at least three other mobile taxi hailing services – at least two of whom insist they are better suited to the local market – are vying for loyal clientele. There is Maramoja, a company that uses social media to find taxi drivers that your friends trust, while MyTaxi appeals to price-sensitive customers by having drivers bid for each ride.

Some say a business dependent on GPS mapping technology is problematic in a country where people usually navigate by landmarks, and complain that Uber drivers tend to get lost.

Saiyalel said he had this problem with Easy Taxi, another Uber-like service from Brazil. “Most of them don’t even know how to read the GPS. So you are waiting for your cab and you see on the app the guy’s just driving around in circles,” he said.

“He’s not getting your location, and I’ve had experiences where I just cancel my trip.”

But the biggest hurdle Uber has faced is probably payments. Until last week the service only accepted credit or debit cards, despite the fact that only a small percentage of Kenyans use them – an estimated 4% in 2012, only a little higher now.

Uber now accepts cash and mobile money payments. But Mwambu Wanendeya of Uber Africa said they are still fighting the perception that Uber is an upscale product.

“I don’t think that people realise that the prices are in fact very competitive, and in many cases cheaper than regular taxis,” said Wanendeya. “I think because people who use them have a smartphone, there’s a perception that the rides are more expensive than they actually are.”

However, Wanendeya said his company’s Nairobi customer base has been growing fast.

But Mark Manyuru, one of the founders of MyTaxi, said that Uber still has a long way to go before it is embraced by the masses. His cost-cutting service, he said, is aimed at ordinary Kenyans.

“We have Uber for people jetting in at [Jomo Kenyatta International Airport]. We have Uber for tourists. They love Uber. What happens to the common Kenyan? So the need is what we are trying to solve,” said Manyuru.

Kenya certainly is not Uber’s only competitive market. Its pockets are deep, and it is used to fighting for users.

But Manyuru said he is not intimidated.

It can be hard for foreign companies to figure out what Kenyans want, notes Saiyalel. It is possible to introduce such “fancy ideas” here, he said, but do not expect it to be easy. – VOA