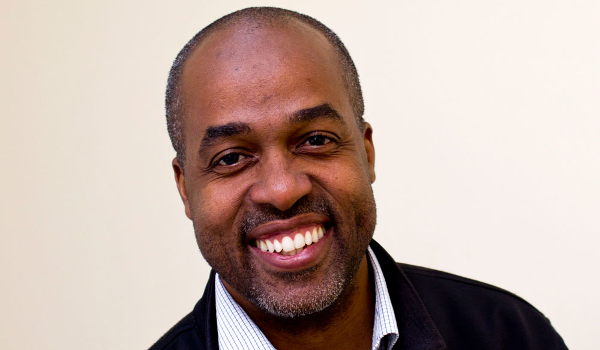 “So give me a question to ask some Kenyans right now,” said Kenfield Griffith, co-founder and CEO of mSurvey.

We were speaking over an online screen-sharing platform that allowed me a live viewing of his mSurvey software on his computer in Kenya. The aim was to show me how he could use his technology to interact with Kenyans via their mobile phones to collect real-time data.

“Maybe something about how they source their daily news,” I responded.

I watched as he set up a multiple-choice survey of three questions. The programme allows him to set certain parameters. For example, he opted to send the survey to 100 random Kenyan mobile phones – from a pool of over 16,000 – and offered an incentive of 40 Kenyan shillings (US$0.40) to those who participate. This is paid immediately to respondents as either mobile money or mobile credit to buy airtime.

Once the survey was sent out, it was just a matter of seconds before responses started to come in. The results revealed that 40% of respondents get their daily news via social media, with TV coming in as a close second at 36%.

This was just a small example of what Griffith’s mSurvey can do. The technology provides a direct channel for companies and organisations to gather insight into people – particularly in emerging markets where this data is often lacking. In Africa, a shortage of infrastructure – like hospitals and financial institutions – has made it even more difficult to collect accurate data through traditional means. This causes roadblocks for global companies and organisations looking to better target these markets with educated decisions.

The idea behind mSurvey was formed from Griffith’s own struggles with a lack of actionable data. While studying as a PhD student at MIT, he spent months researching automating manufacturing and how he could apply this to development in emerging markets.

“In the MIT lab I thought, ‘Yes, I’m going to solve the world’s problems.’ But when I first got to Kenya, I remember I stood in Kibera (a slum in Nairobi) and I looked around and said to myself that even if I was Bill Gates, I wouldn’t know what to do,” he recalled.

This was in 2011 and the most relevant information Griffith could find was World Bank data from 2006 – which did not offer the answers he needed.

“Data sources were very limited and weren’t current and pertinent to the information I needed. A simple question such as ‘How far do you walk to take a shower?’ was a difficult question to quantify from thousands of people and there was no way to do so,” he explained.

Griffith saw an opportunity in leveraging mobile phones and SMS technology to collect actionable data through real-time conversations with people. He found a Kenyan partner and together they developed mSurvey’s platform.

Today the company has worked with well-known organisations such as Procter & Gamble, McKinsey & Company, Harvard and Kenya Commercial Bank – and has been backed by telecom partners such as Safaricom and Airtel. According to Griffith, in the past six months the platform has interacted with 1.58 million consumers – asking everything from health to consumer behaviour-related questions.

The platform works on all mobile phones and its use of SMS technology means it can communicate with an offline audience.

Participants are generally organised by their age, gender and location when they sign up, but can also be divided into niche categories based on survey results. For example, the team has assembled a group of coffee drinkers in Nairobi from their response to a related topic. This group can provide insight into coffee-drinking behaviour and trends when needed.

“We can start segmenting and chopping it up – so seeing who likes coffee, who likes to smoke and drink and who likes to have a good time at the bar,” he highlighted.

“So each question becomes a piece of metadata over time.”

So far mSurvey’s biggest audience is in Kenya, its pilot market, but the company is also targeting other African countries – including Nigeria, South Africa, Zambia, Tanzania and Uganda – as well as emerging markets globally.

“So our strategy is to really scale across the continent and… in the Caribbean. We’ve just recently entered into the Philippines – so we are looking at experimenting how that looks before we go after Asia a bit more.”