Marriott International, in its bid to capitalise on the rising demands of Africa’s emerging marketplace, plans to launch a 5-star hotel in Rwanda’s capital city no later than December 2012. The US$55 million project comes at a crucial point in the country’s rapidly growing tourism industry, where demand exceeds the current supply of luxury accommodation. 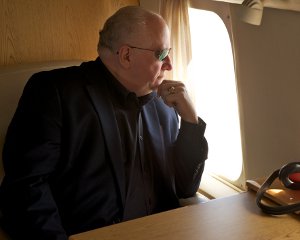 Ed Fuller, on board a government helicopter en route to Akagera National Park, looking down on the eastern hills of Rwanda. Photo: Mark Darrough

“Everything we’ve seen — and we do a number of feasibility studies before we commit to a hotel — shows us we haven’t even begun to touch the need for new supply,” observed Marriott’s head of international lodging, Ed Fuller, during a tour of the construction site in early August. “Demand far exceeds supply in this market.”

Meanwhile, demand keeps growing. International attention on Rwanda’s parks, once directed mainly towards the mountain gorillas in the north, is now expanding to Akagera National Park in the west and Nyungwe National Park in the south due to recent conservation efforts. As a result, tourism revenues increased 14% from 2009 to 2010. Yet Kigali, which accommodates the park’s high-end tourists due to its central location and international airport, offers only one 5-star hotel.

Demand is further heightened by Kigali’s success in positioning itself as a business and conference hub for East and Central Africa, made possible by the government’s focus on security, cleanliness, and a pro-business environment. Furthermore, the pending completion of a $300 million convention centre will create the capacity for 2,500 people, many of whom will be businessmen and women expecting luxury hotel rooms.

“We don’t shoot from the hip. We expect this hotel to be a real success, and that’s why we’re here.”

Rwanda is racing Ghana to become Marriott’s first Sub-Saharan Africa location, and the 72nd country the hotel has operated in. Both projects are results of Marriott’s strategy in the 1990s to begin shifting to the global market. Today its focus is Africa and the Middle East, where it aims to establish 100 hotels by the end of 2014. Marriott is intent on eventually operating hotels in all of Africa’s major capital cities, a claim bolstered by Fuller.

The idea to build a 250-room, 5-star hotel to support Kigali’s transition into a major player in Africa’s tourism industry, however, was conceived by an illustrious Rwandan entrepreneur, Hatari Sekoko, and a group of Chinese investors in 2009. Together they formed New Century Development and financed the construction of the hotel. Shortly afterwards, the group succeeded in attracting Marriott to the project to act as the hotel’s long-term operator. This agreement required the hotel to be re-designed to meet Marriott’s international standards.

New Century deputy CEO, Solomon Adede, commented on why achieving Marriott’s high standards of design and construction was beneficial to the investors.

“Marriott doesn’t just take any property and brand it Marriott. They insist on a very high quality, and it’s a quality that sells.”

“The power of a global brand is incredible, because it’s a signal that a place is open for business,” Matthews insisted on board a helicopter en route to Akagera National Park. “Because Marriott has decided that there’s enough of a market [in Rwanda], that there’s enough stability there, then it’s like throwing on a light switch. And because we have global distribution channels, we’re sending that message to Chinese, Americans, Europeans, and people throughout Africa.”

Marriott’s future investment in its Rwandese employees will continue to narrow this gap, and will allow for what Matthews calls the virtuous cycle.

Mark Darrough is a writer and photographer for the ISOKO Institute, a Kigali-based think tank that promotes private enterprise development.