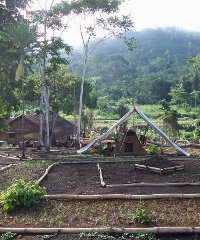 “Drilling will initially focus on three targets in the Eseka region, all located within 8 kilometres of the main exploration camp. The rig will then move to regional targets as prioritised by geological mapping and field investigations. Access to some targets may be affected by the weather over the next two months with the onset of the wet season,” the company stated in a press release.

Legend managing director, Mark Wilson, said, “We are extremely pleased to have started drilling within a year of being introduced to the project. Within this timeframe we have undertaken an extensive aeromagnetic survey, identified and field checked several targets and are now drill testing these targets.”

The drilling programme will be ongoing, with additional rigs available to Legend, if required. Results of the drilling will be released to the market as they become available.