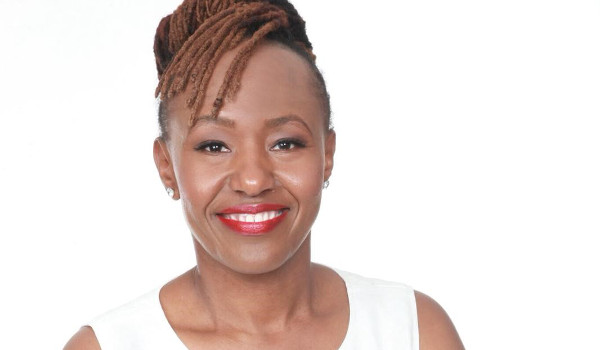 Accomplished auditor Phyllis Tole and her husband Peter Tole, a medical doctor, decided to take on the land sector – feared by many because of the uncertainty and corruption that it is dogged by. Their new land ownership concept could turn the tide for many land buyers within and outside of Africa.

For the Kenyan diaspora, finding the means to invest back into the country is usually a tough financial decision.

“We heard a lot of stories of people’s money, intended for buying land back home, being siphoned by their relatives, let alone fraudulent companies,” Phyllis said. Having lived and worked in Australia for several years, the Toles frequently witnessed this dilemma.

They realised there was a gap for people living in other countries who wanted to invest back home but did not have trustworthy people that they could send money to, to invest on their behalf.

Even for Kenyans living inside the country, acquiring land was a financial difficulty: sellers would expect the full amount either immediately or within three months. It forced buyers to either relinquish their savings or take up expensive loans.

Being in Australia, the Toles became familiar with the land option system – an alternative way in which buyers could secure their land with little resources. The couple saw an opportunity that could solve both problems that they had witnessed.

Armed with this knowledge, they decided to introduce land options in Kenya.

In 2014 they founded the Land LayBy Kenya Ltd company and have now opened subsidiaries in Ghana, Australia, the UK and the US.

How did you grow the company into the business it is today?

Land options or lay-by is a concept where the buyer and seller agree on flexible payments for the land, and the buyer pays a deposit to serve as a commitment to the agreement. The agreement ensures that the land is not shown or sold to any other buyer. However, the buyer can opt to transfer the commitment to another interested party even before the final payments are completed. He or she can sell it at a higher price, depending on the current underlying value of the land.

This system gives flexibility to buyers who might not have a large sum of money readily available. It steers them away from expensive purchase loans and develops the culture of saving. By using the land value curve to determine which areas are best to invest in, Land LayBy ensures that throughout the payment period, the land appreciates in value which the buyer can liquidate.

According to Phyllis, the business did not pick up right away. The land options concept was still new to many. The issues surrounding land titles in Kenya also made it hard for people to trust the company.

“But when we started to explain to them, they understood and grasped it,” she said. “Before we knew it, the first two projects were sold off even before the plots’ titles were ready.”

She says about fifty percent of their clients are in Kenya, while the rest are living in Australia, the US and parts of Europe and the Middle East.

The first challenge was to get people to believe in the land options concept. Education around the concept is a constant need as they look to rope in more buyers and launch more projects in Africa.

Phyllis says they try to show buyers that they can work smart by not putting all their money in one piece of land but rather secure several properties through this model.

Another challenge is to ensure that due diligence is carried out on every project they hope to launch.

“We personally interact with the person selling their land to us and meet his/her family to ensure that they too consent and acknowledge the decision to sell the land. Then, we do multiple searches locally and with the government,” she explained.

Phyllis believes there are no failures in entrepreneurship, only lessons. “I don’t have failures. I learn. You learn, and you do it better,” she said.

The future for Land LayBy Holdings is big. Phyllis is always dreaming bigger. The company hopes to employ blockchain technology to instil even more trust in land transactions and which, she believes, will offer a chance to demonstrate how land transactions can be recorded for eternity, and create transparency in one of the most feared business spaces in Africa.

The company will soon open their blockchain-backed platform to other land sellers who would want to have a trusted system behind them.

“Once you start doing this, then you begin to see the level of appreciation from industry players, your motivation grows. There is nothing as satisfying as seeing someone get their land title in the end. It is fulfilling because you have made a difference in their lives and actualised their dreams,” she exclaimed.