A portion of the millions of pounds that African football players earn in the English Premier League could soon find its way back to the continent. 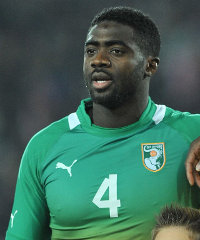 UK-based frontier markets investment firm Silk Invest has launched a new fund that is targeting wealthy African football players looking to invest in the continent. The African Opportunities for Footballers Fund was developed in collaboration with Liverpool defender Kolo Touré, currently representing Côte d’Ivoire at the World Cup in Brazil.

After a conversation with Touré, Silk Invest decided to establish a special fund for him and like-minded African footballers. “We thought instead of him actually investing separately… we could really set up an interesting fund for him and potentially his friends and football players to really give them a diversified exposure in Africa,” says Malick Badjie, head of investment solutions at Silk Invest.

Talks between Touré and Silk Invest revealed there are many African footballers who have built up tremendous wealth but have not actually planned and organised their African investments at an optimum level.

According to Badjie, Touré has been instrumental in the development of the fund. “He has been very involved. We spent several weeks speaking about the structure.”

In addition to achieving long-term returns, Touré also wanted his investment to have a development impact.

“The African Footballers Fund will provide the opportunity not only to make an attractive return out of an investment, but to actually contribute actively in the economic development of Africa, by creating jobs, helping companies and industries to develop and by participating in major infrastructure projects across the continent. As an African player, it is about making a strong and positive impact on the continent in the long term,” comments Touré.

The fund will invest in consumer-focused equities and bonds, as well as private equity and real estate.

Although the Luxembourg-registered fund was primarily developed for African footballers, Badjie says it is open all international investors.